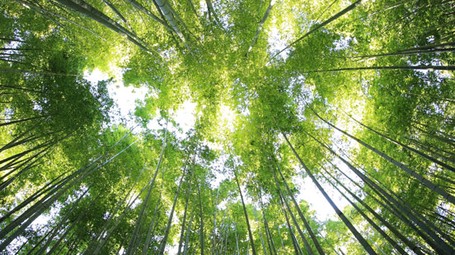 Suzanne Simard is a professor of forest ecology at the University of British Columbia, and leader of The Mother Tree project. Simard MSc. and Ph.D. in forest ecology from Oregon State University, and a bachelor's degree in forest resource management from the University of British Columbia. Throughout her career, she has published over 200 peer-reviewed articles, and has taken part in conferences all around the world. She is a fervent advocate of science communication as a means of helping people better understand important phenomena such as climate change.

The forest is social in nature, and the mother trees play a key role

The forest is a source of clean air, pure water, and good food, and like other ecosystems, it is part of some even broader cycles, including soil construction, species migration, and ocean circulation. In the 1980s, several researchers, including David Read, demonstrated that chemicals can pass from one plant to another through what are called fungal pathways, i.e. sheaths of fungal cells positioned around the roots of plants. This is the very starting point for Suzanne Simard’s theory of mother trees, a theory that sees forests more as a cooperative social system than a set of single trees that compete with one another.

Simard defines a mother tree as a tree of a certain age - and therefore large in size – which can become a hub for the survival of other living beings thanks to a particular type of symbiotic association called mycorrhiza (a term formed by combining the Greek words mushroom and root). Apart from surface fruiting bodies commonly referred to as fungi, a deeper layer of fungi moves largely, and almost unnoticed, through the soil, decaying wood and other substances. Here they form the mycelium, which is a body of networks of thin tubular cells. Many fungi live in symbiosis with the roots of plants, forming what are called mycorrhizae. Mycorrhizae connect plants and fungi in a vast network of pathways that are essential for plant nutrition, soil composition, and communication between these living things. There are various types of mycorrhizae, and ectomycorrhizal fungi in particular are associated with trees of temperate forests such as those with firs, pines, beeches, oaks and maples.

The key ideas of "Finding the Mother Tree"

The forest is social in nature, and the mother trees play a key role

There are several criticisms of Suzanne Simard’s work, but the importance of the discoveries she has made is never disputed