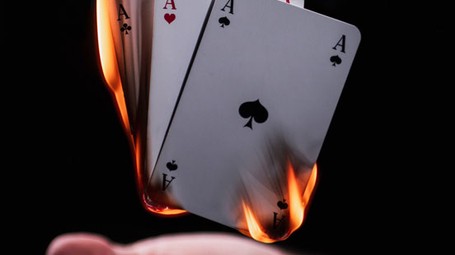 American, married with one son, Oren Klaff is a financial manager with over 12 years of experience, who works as General Manager for Intersection Capital. Considered one of the world's leading experts in the art of pitching, meaning the ability to give short speeches with a strong persuasive power, Klaff described his neuroscience-based method in a book that quickly became a worldwide best seller.

The aim is to plant your idea into another person’s mind and make them fall in love with it, thanks to a phenomenon known as Induction

Nobody likes to have someone breathing down their necks, trying to convince them to buy something: the idea of “flipping the script” is precisely what drives sellers not to push potential buyers, but to leave them the space to realise for themselves that you are selling something, so that they believe, trust, and fall in love with it. Closing a sale without being pushy, without making potential buyers feel backed into a corner, is not a magic trick or a superpower, but a gradual process, available to anyone who knows the basic rules and is willing to apply them.

The author’s aim, when he worked in sales, was for the customer to decide to buy, without him even having to ask them to. The most advanced research in neuroscience and behavioural economics has come up with a phenomenon known as induction, through which someone can literally transplant an idea into another person’s subconscious and convince them that the idea was theirs to begin with.

Anyone who has ever worked in sales knows how this works: the more you push people in a certain direction, the more defensive and confused potential buyers tend to get. Customers must be allowed to buy however they want to, and they should be the ones to tell the seller what they want to buy (which, if the seller is good, will be exactly what he was aiming to sell).

The “old script” works to try and overcome the resistance of the human brain to the information that comes from the outside world by exploiting those innate survival instincts that tend to kick in when someone does not have time to think.

In the past, the amount of information sellers provided, and the pressure they used, were an inevitable part of the selling experience, but nowadays, everything is available online, and you don’t have to endure the more annoying part of this process that you have come to hate so much, (such as the excessive fussing of sellers).

In today’s market, Induction is therefore a more necessary practice than ever, if you are to bring home the sales that you are hoping for, rather like the 2010 film, Inception, by Christopher Nolan.

Creating ideas for other people is not as impossible as it might seem, and it happens every day, from the highest levels of business and politics to the crime series many of us watch on tv. It is no coincidence when the viewer believes that they have solved the case before the detective does: the screenwriter created that story to make the viewers feel proud of themselves for being the first to solve the mystery.

If people are convinced that an idea is their own, they tend to attribute more value to it, they believe in it more and, if it involves doing something, they will do it much faster than it takes to carry out someone else’s idea.

Researchers who are studying induction have found that the moment on which the induction point hinges, does not follow a gradual crescendo, but comes suddenly, like a bolt out of the blue.

The key ideas of "Flip the Script "

The aim is to plant your idea into another person’s mind and make them fall in love with it, thanks to a phenomenon known as Induction

The novelty chunk: the fascination of novelty can help you close a deal, but don’t overdo it

When salespeople give a business presentation, they run the risk of becoming one of the five worst archetypes to close a sale