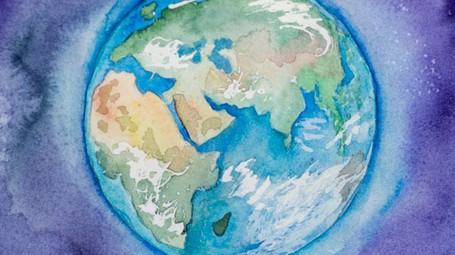 Nassim Nicholas Taleb is a Lebanese-American philosopher, mathematical statistician and essayist. He is also a professor of the Science of uncertainty, former option trader, risk analyst and aphorist whose work concerns problems of randomness, probability and uncertainty. He is a professor of Risk Engineering at the New York University Tandon School of Engineering and at Oxford University, and is currently listed as a scientific adviser at Universa Investments.

We all tend to underestimate the impact that luck and other random events have on our lives, and so we often end up falling victim to it. We use terms like "skill" and "determinism" when the more appropriate words are "luck" and "randomness". This trend is most visible in the stock market, where the expression "capable investor" should be replaced with "lucky idiot".

In some professions becoming successful without skills is virtually impossible; both a plumber and a dentist alike are very unlikely to enjoy a long and successful career unless they are good at their jobs, but this is not the case in all professions.

The innate randomness of the stock markets means that, if you put an infinite number of monkeys in front of a set of typewriters, and just let them bash away, one of them will come out with an exact version of the Iliad. This randomness is the same for investors, even inexperienced ones, who will sooner or later strike it lucky if they keep working at it.

Let’s consider 10,000 totally incompetent investors: each year they only have a 45 percent chance of generating a profit. In practice, it may be more profitable to invest by flipping a coin rather than consulting an investor.

However, despite a total lack of skills, after a 5-year period based only on chance and probability, almost 200 of them can be expected to have made a profit each year. Their success would make them likely to boast of their exceptional performance, and be praised for their skills. Obviously, in the long run, what has enabled them to win will also end up making them lose. There have been many investors on Wall Street who have experienced devastating losses after many years of success.

Short-lived success is often due to a person being in the right place at the right time. Hence, it all comes down to luck.

The key ideas of "Fooled by Randomness"

Don’t ever settle on just one theory: things change continuously and events prove that we make mistakes

Life is unfair, and it is not linear: the most talented players are not always the ones who win

The way we think depends on context, and is based on simple heuristics

Emotions can help us make decisions, but they can also overwhelm our ability to think rationally

In retrospect, we always find patterns, causes and explanations for past events, but they are mostly useless in helping us predict the future

The impact of rare events is very difficult to predict

Both in the media and in the stock market, listening to the rumour mill isn’t worth it