Home Biographies From Staircase to Stage 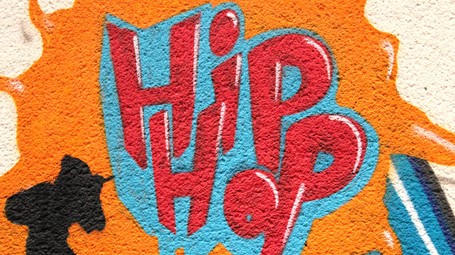 Corey Woods, also known as Raekwon or The Chef, is a member of the legendary hip-hop collective, Wu-Tang Clan. Ever since his career began in the early 1990s, he has been an influential figure in the music business, both through the Clan’s work as well as his own solo projects. His first album, Only Built 4 Cuban Linx..., which he released in collaboration with Ghostface Killah, went platinum, kick-starting the rise of so-called ‘mafia rap’, and was inspired by the duo’s life on the streets before they found success. Raekwon is still active in the music industry today as a solo artist, and collaborates with various international musicians.

The story of Corey Woods, aka Raekwon, is set in African-American suburbia

Corey Woods is a well-known rapper, who goes by the name Raekwon. He is a member of the Wu-Tang Clan, a group that has heavily influenced the rise of hip-hop since the early 1990s. Before he found success, however, life was not at all easy for Raekown, and still today reflects the way in which an entire group of people live in the Western world.

Like many of his peers, Raekwon spent much of his childhood without the presence of a father figure. He still had big shoes to fill, however, because his father was highly respected and loved on the streets, despite the fact that he was not part of his son’s life and was involved in criminal activity. Raekwon spent his early childhood in Brownsville, a neighbourhood so dangerous that the rapper himself described it as ‘a war zone’, before ending up in the Staten Island borough of Park Hill. Violence was a constant presence both in his home, at the hands of his mother’s many boyfriends, and on the streets. At the same time, however, a completely African-American cultural movement was taking hold: hip-hop. It was thanks to music and his love for baseball that he was able to resist making poor and irreversible life choices.

The 1980s was the era of Michael Jackson’s music videos, Adidas trainers, and the economic boom, but Raekwon was more focused on dealing marijuana and cocaine. It was almost impossible for someone like him to leave this life behind, and he was constantly in danger of getting into serious trouble. During this time, though, he was also introduced to people who opened his eyes to new perspectives, including distant relatives who were passionate about soul and funk music, and his new friend Cappadonna, known as Cap, a neighbourhood boy known for his rapping skills, with whom he would later found the Wu-Tang Clan.

Racism was systemic in the 1980s, in both schools and institutions, and all young African-Americans were turning to celebrities, such as Prince, Run D.M.C. and Doug E., in order to feel part of something bigger. These musicians were unknowingly creating a new outlet for an entire segment of the population to express themselves.

The key ideas of "From Staircase to Stage"

The story of Corey Woods, aka Raekwon, is set in African-American suburbia

The home of Robert Ziggs, aka RZA, was a safe haven for a generation of aspiring musicians on Staten Island

​​Wu-Tang Clan signs a contract with Loud and releases its first demos: success is just around the corner

Despite their differences, one clear message unites the group: don’t mess with the Wu-Tang Clan