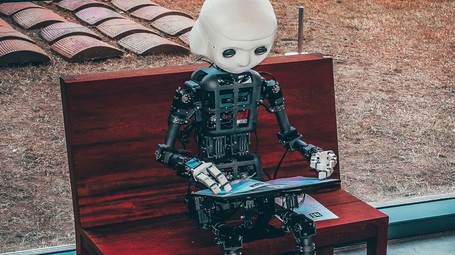 Son of Robert Hofstadter, 1963 Nobel Laureate in Physics, Douglas Richard Hofstadter has a degree in mathematics and a PhD in physics. He is a scholar of physics, cognitive science, and comparative literature, and is a passionate linguist: he has also published several translations, such as Alexander Pushkin's Eugene Onegin. His book, Gödel, Escher, Bach: An Eternal Golden Braid, was first published in 1979, and won the Pulitzer Prize for non-fiction in 1980.

Human thought, what we call consciousness, is still partly shrouded in mystery. Yet, according to Douglas Hofstadter, a deeper understanding of this subject is fundamental to determining the future prospects of artificial intelligence. The author's research is based on his observation that all animate beings originate from inanimate matter. So how is it possible that the ability to think, and conceive of a self, derives from something like the atoms of various molecules, which are not endowed with a self? How can an animate being acquire a characteristic that does not belong to that from which it originates?

This question is particularly interesting when we compare human intelligence to that of machines. Humans, in fact, possess a consciousness and self-perception, which computers do not. Machines perform a task by following instructions but, unlike humans, they are unable to ask questions about it. A computer does not get bored when performing a repetitive task, and it does not ask why it has to perform an activity in a certain way; it simply acts. However, it is logical to think that, if consciousness developed in animate beings, which in turn originated from inanimate machines, perhaps these machines could also acquire the same capabilities one day.

Gödel, Escher, Bach: a paradox in mathematics, art, and music

The 'strange loops’ and the concept of infinity in Gödel, Escher, and Bach

Stepping in and out of the system: the main difference between humans and machines

Levels of description and computer systems: from small to large and vice versa

Consciousness is the mind's ability to reason about itself