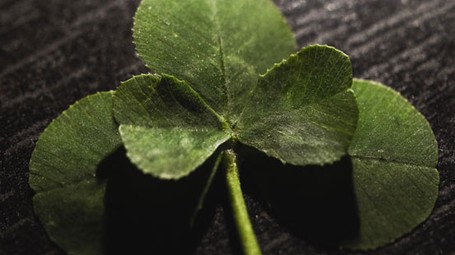 Álex Rovira heads the qualitative division of the consultancy and marketing firm, Salvetti & Llombart. He is an esteemed and widely recognised speaker in the field of psychology, and is the author of The Inner Compass and co-author of the Spanish edition of Understanding the Consumer. He is a professor of marketing at the ESADE Business School in Barcelona, and teaches specialist courses in the field of human resources.

Fernando Trías de Bes is one of the co-founders of the consulting and marketing company Salvetti & Llombart, through which he has collaborated with Bayer, Mercedes-Benz, Microsoft, Nestlé, and many other multinational clients of the company. He is co-author of Lateral Marketing, together with Philip Kotler. He is a professor of marketing at the ESADE Business School in Barcelona.

One beautiful spring afternoon, Max, a distinguished 64-year-old gentleman, with a serene and contented air about him, was sitting on a bench in Central Park with his bare feet immersed in the grass when, suddenly, something unexpected happened. A man of the same age sat down beside him, with a dejected manner and a tired expression on his face. They looked each other in the eye, and realised that they knew each other: the man was Jim, Max’s old childhood friend.

They had been neighbours in the Bronx as young children, both living in a very humble part of New York. They began to tell each other what had become of their lives, and Max was surprised to learn that Jim, whose father had inherited a huge fortune from an uncle with no other descendants and led the business to success, had gone on to ruin that same business following a series of unfortunate events. A fall from grace, in every sense, as over the course of the past fifteen years, Jim had only managed to survive, living day to day, thanks to the support of his neighbours and by doing odd jobs.

Max, on the other hand, when telling his life story, explained that he had started at the very bottom, and couldn't even afford to study, so he started working at the age of 10. First, he had washed cars, then worked for years in various luxury hotels until, at the age of twenty-two, he took the plunge: he bought a small shop that was about to close down, and opened a leather goods shop where he made replicas of the designer bags he had seen for many years in the hotels where he had worked. He worked hard for the years that followed, but his efforts ultimately paid off: now, at the age of sixty-four, he was in charge of over two thousand employees, scattered across twenty factories around the world.

Upon hearing his story, Jim said that Max had definitely been the luckier one, but Max didn't agree. And so Max began to tell Jim the story that his grandfather had always told him as a child, a tale that reveals the difference between luck and Good Luck with capital letters, and which had helped him over the years when faced with important decisions.

Max offered to tell him his grandfather’s story, but Jim didn't respond.

Max then pointed out that the story had helped many people, not just men and women in business, but people of all types, and in all professions.

Jim then asked Max what the difference was between luck and Good Luck: Max replied that Good Luck depends exclusively on people, rather than relying on purely random events. Luck doesn’t last, it occurs only rarely, and doesn’t depend on people or what they do. It is no coincidence that 90% of people who win the lottery lose their fortune within ten years. Good Luck, on the other hand, can happen whenever a person focuses and works to make it happen.

After hearing his old friend's reasoning, Jim agreed to listen to the story told by Max's grandfather.

The key ideas of "Good Luck"

People create their own Good Luck: this is why it lasts forever, unlike random luck

To create Good Luck, you need to create new conditions from which it can spring

It’s not easy to create new conditions to allow Good Luck in, but you have to start working on it as soon as possible

After having created the right conditions, we must be patient: Good Luck comes to those who have faith that it will arrive