Home Management and Leadership Grinding It Out: The Making of McDonald’s 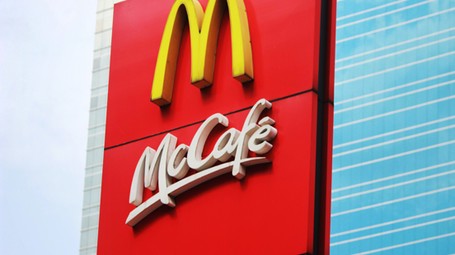 Ray Kroc, the man who invented McDonald’s and revolutionised the restaurant industry, was born in Oak Park, west Chicago, in 1902, to a couple of bohemian immigrants. He had been a salesman since he was 17 years old, and began his big adventure at 52 with the launch of his biggest winner, McDonald’s.

Tenacity, genuine interest and intuition are the acquired powers of a salesman who launched his most lucrative endeavour at 52

Ray Kroc, the man who invented MacDonald’s, was not a young entrepreneur: the journey that led to the creation of his empire began with a contract that he signed at the age of 52. Before then, Kroc was a tireless worker, always on the look-out for a big opportunity: at 17 he sold haberdashery, played the piano “for extra cash”, and was employed by the New York Curb (which later became the American Stock Exchange), where he updated the quotes by writing them up on the black boards. He got his first real job when he was ready to marry Ethel Fleming, because her father expected him to have a stable job before he agreed to grant Kroc his daughter’s hand in marriage. For many years, Ray Kroc’s professional life was selling paper cups and playing the piano, working both day and night. The first lesson that we can learn from him is: never give up.

Kroc’s second best talent was his intuition, fed by an aptitude for observation, stimulated by his insatiable curiosity. He was interested in his customers, in the work that they did, and exactly how they did it, and it was this same attitude that set the mechanism in motion which led to his success. “Being interested” is not an end in itself; it is a trait that leads to having an eye for detail, and to being able to transform information into actions that produce improved results. To improve his ability as a salesman, Kroc analysed his customers’ reactions very carefully; using the information that they provided about their experience, he was able to identify the “critical moment”, the exact moment to stop talking and ask for the order. Many of his colleagues felt they were just as good as him at presenting and convincing a customer of the merits of a product, but none of them recognised this critical moment, when it was time to stop talking and close the deal. When a potential buyer begins to fidget as though they are a bit uncomfortable, they look at their watch and shuffle papers on their desk, it means that they are losing interest, and from that moment on, the chances of selling to them begin to decrease rapidly: at this point, according to Kroc, you need to stop talking and ask for the order.

The key ideas of "Grinding It Out: The Making of McDonald’s"

Tenacity, genuine interest and intuition are the acquired powers of a salesman who launched his most lucrative endeavour at 52

The empirical method is based on observation and implementation, is always valid, and must be applied as often as possible

His Scottish wife’s thriftiness and his own bohemian caution cannot get in the way of their desire to do better: at 35 Kroc invests everything in a new idea

A talented entrepreneur is never satisfied, “he listens to the wind” and knows when it is time to change

Quality, service, cleanliness and good value, as well as relationships with all franchisees to guarantee “uniformity” and add value to the brand

Attention to detail, in every aspect of the business, is a way of creating value

The University of McDonald’s was created in the field, to train employees and support the Research and Development sector for testing its projects

1966 is the year that the company goes public, and they decide to bring tables into the restaurants

If you think small, you stay small: the presence of McDonald’s in the heart of rural America becomes a battlefield for Kroc and his “heir”