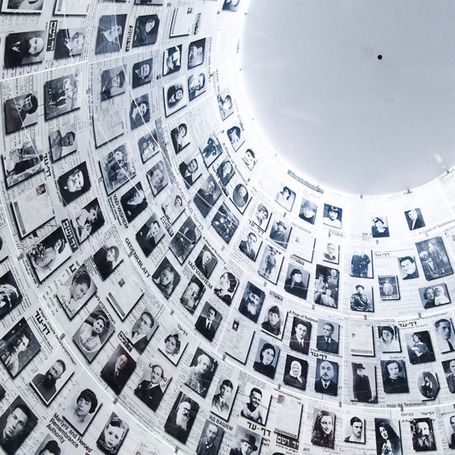 British historian Ian Kershaw is one of the world’s leading experts on Hitler, Nazi Germany, and the Second World War, and his works chiefly focus on these topics. His books include Making Friends with Hitler (2004), Luck of the Devil (1994), Fateful Choices. Ten Decisions That Changed the World, 1940-1941 (2007) and The End: Germany, 1944-45 (2011). Kershaw teaches Modern History at Sheffield University and is a fellow of the British Academy and the Royal Historical Society.

Adolf Hitler was a man like any other, but who changed the course of his country, Europe and the entire world

Adolf Hitler was born in 1889 in the Austrian town of Braunau am Inn, on the German border, into a modest but respectable middle-class family. He left school at sixteen with mediocre results, and then unsuccessfully applied to the Vienna Academy of Graphic Arts two years in a row. Frustrated and disappointed, he continued to live as an outsider in Vienna, before fleeing to Munich to avoid being called up for military service in the Austrian army. A year later he would be deemed “too weak” to serve, but regardless, when the First World War broke out, he volunteered for service in the Bavarian army. He would later write in his memoirs about his time as a corporal as one of the happiest of his life. He learned of Germany’s defeat in the war while in a military hospital recovering from a mustard gas attack sustained in combat. Over the following months, he came into contact with the German Workers’ Party in Munich, a extreme right-wing organisation that in 1920 was to become the National Socialist German Workers’ Party (NSDAP), or the Nazi Party. He also attended courses in politics and later instructed several groups of soldiers. He joined the party sometime during 1919.

Hitler wasn’t German and was only granted citizenship in 1932. His physical appearance was underwhelming, but he was a loyal man, he was entertaining, and could debate on far-ranging topics. He was accustomed to speaking in beer halls, rather than on the stage of a rally, and was an effective agitator able to convince and convert the masses. It was also the support he received from powerful groups in Germany, however, that became so crucial to him becoming chancellor and taking control of an entire nation in such a short time.

The key ideas of "Hitler"

Adolf Hitler was a man like any other, but who changed the course of his country, Europe and the entire world

There are various schools of thought as regards how Hitler’s rose to power: the Marxist interpretation views his power as the expression of a group, while the liberal approach personifies Nazism in Hitler

Adolf Hitler is an example of what Max Weber defines “charismatic authority”: an unstable form of power that arises in conditions of crisis

Hitler’s Weltanschauung: a worldview founded on anti-Semitism, the idea of history as a struggle between races, and the quest for Germany’s “living space”

Hitler’s rise to power within the Nazi Party was a gradual process, particularly between 1925 and 1928. By the end of the decade, the Party’s platform and its leader were one and the same

Hitler used the powerful weapon of propaganda to gain support from the people, promising to deliver a new and triumphant Germany

The terror and violence perpetrated by the Nazi Party was ruthless and selective, and aimed at powerless and unpopular members of society, such as the Jews and manual labourers

The war as a means of realising an ideology, and the temporary influence of Ribbentrop and Göring on foreign policy

Hitler’s power was marked by destruction: an inevitable dynamic inherent to charismatic authority