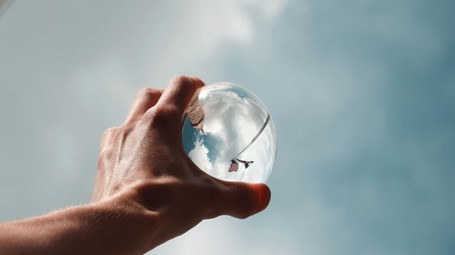 A world without epidemics, poverty, and wars provides the ideal conditions for human transformation

The twenty-first century has so far been defined by a level of global stability such as never seen before. In fact, in the space of a few decades, poverty, epidemics, and wars have ceased to be as threatening to our survival as they were in the past, and can generally be considered to be under control. In today's world, or at least a large part of it, one is much more likely to die from health issues associated with following a rich and unbalanced diet than to starve to death. Similarly, the violence of war is far removed from the experiences of many nations, with the resulting stability also having positive effects on economies worldwide. It is not a perfect world, but simply a world in which humankind's approach to certain events, such as famines or epidemics, has changed: today, they are considered to be the result of a miscalculation, as opposed to being an inevitability, and one which, therefore, can potentially be avoided.

In a world in which it was normal for many children to die well before reaching adolescence, where many women did not survive childbirth, any given disease could potentially wipe out entire families or villages, and where the population was continually plagued by famine and threatened by war, Homo sapiens was very much concerned with the afterlife. Religions, such as Christianity and Islam, sanctified death and focused on the message that the after life was far more important and much more rewarding.

Today, however, the scenario has changed: the fear of death is accompanied by a very profound respect for life, which together have contributed to the formation of new perspectives and expectations. The hope is that perhaps, in the future, it will be possible to avoid dying entirely, or at least postpone this moment for a very long time: thanks to technological innovations, the limits of the human body can be overcome, and Homo sapiens will be able to achieve a new condition, much closer to that of a deity than a human being. The three avenues that can be used for this pursuit are biotechnology, cyborg engineering, and the engineering of non-organic beings.

The key ideas of "Homo Deus"

A world without epidemics, poverty, and wars provides the ideal conditions for human transformation

The animist world, the theistic world, and the humanist world: three religious approaches that shape our vision of the world

Homo sapiens dominates the world because it sees a reality made up of three levels: objective, subjective, and intersubjective

The humanist religion, in which humans have taken the place of God

Free will is an illusion that has been debunked by science

Each individual has an experiential self and a narrating self

In the world of the future, dominated by algorithms, there will be less and less need for humans

A class of superfluous and unemployable individuals

Using data could help you make the most important decisions