Home Startups and Entrepreneurship How I Built This 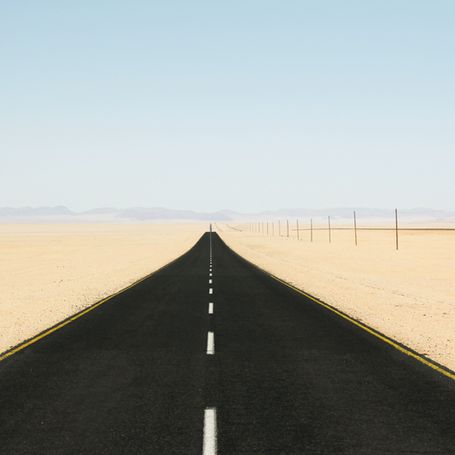 Guy Raz worked for years in the field as a war correspondent. His work helped him realise that the most fascinating stories are those that tell the tale of a journey, so having interviewed thousands of people, he decided to start his own podcast called How I Built This. This was in 2016, and his podcast was hugely successful, so much so, that it generated millions of dollars in profit and had a following of 19 million listeners a month. As the creator of other podcasts on Spotify, such as Wow in the World, Wisdom From The Top and The Rewind, he has won a number of prestigious awards. He currently lives in the United States.

Writers and scenographers are very familiar with Joseph Campbell’s “Hero’s Journey”. According to Campbell, an expert in comparative mythology and comparative religion, every hero has their road to travel and during their journey they learn, change and evolve. The hero’s journey tends to revolve around certain poignant phases ranging from a call to action, to their rejection of the call at the beginning of the journey, then moving on to passing some important tests. Finally, the hero wins a fabulous victory and claims his reward, then returns to the world as a new man. This same structure can be seen in great masterpieces of the silver screen such as “Star Wars”, the assumption being that every great story must follow its own particular “curve”.

Over time, not only has the theory of the hero's journey fascinated writers and screenwriters, but also entrepreneurs. Guy Raz himself, a journalist who had the opportunity to interview over 6000 people, latched on to the theory of the hero's journey as an example when he noticed a correspondence between this and the road that many entrepreneurs travel when launching and scaling a business. He had discovered interesting analogies, and realised that there was a thread  linking all of these stories together.

Stories are indeed a powerful tool to communicate, to illustrate but above all to inspire others. This is what inspired him to create the "How I Built This" podcast, a series of interviews with entrepreneurs about their career path. In fact, in every story of failure or success in business, the person or company goes through the same stages as in the hero's journey: there is the call to action that can coincide with a strong initial idea, then the hero experiences doubts about the actual feasibility of his idea, which are of course accompanied by the doubts of those people close to him. The hero then shows his tenacity by declaring that he must try, and then he follows the uncertain beginning of his journey. Along the way there are mistakes, deception and inevitable obstacles, mixed with moments of despair in which the hero feels sure that all is lost. This moment usually coincides with a near death experience, which is then followed by a rebirth.

When Raz began the podcast adventure he didn't expect such immediate success, but again, the reason for his accomplishment is simple: there is nothing more powerful than a real story about real people talking about their real-life adventures. In each story chosen, we hear about the challenges, fears and hiccups, and through the guest’s very own words, we feel their ambition, their desire to build something, an aspect that so many entrepreneurs and aspiring entrepreneurs have in common. Furthermore, the strength of a podcast lies in the audio, in the opportunity to hear the protagonist's voice while telling their own story. The shared experience of getting to the part where they say "in the end, I did it" becomes an exciting moment for all his listeners.

Understanding how others have built something from scratch, or how they have handled emergency situations, makes the story inspiring for anyone who finds themselves stuck at some point in their own journey. So applying the theory of a hero’s journey can be a real help to the would-be entrepreneur in finding the necessary creativity to build something of their own.

The key ideas of "How I Built This"

Everything begins with an initial spark, or an idea that persuades and which we need to cultivate

One of the secrets to success is to be kind