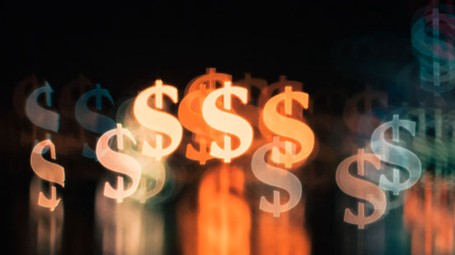 Frank Bettger is known as one of the best life insurance salesmen of all time, but it was actually the publishing of his book How I Raised Myself from Failure to Success in Selling that made him famous. Published for the first time in 1954, he helped millions of people become successful in sales. Bettger is considered an able coach and an important role model for the techniques he applied to his work. In fact, in his book, he shares the discoveries that helped him become respected in his field, and to this end, he reveals the techniques that anyone interested in self-improvement can put into practice for themselves.

The extraordinary story of Frank Bettger

Born in 1888, Frank’s father died when he was still a child, and he was left with his mother and four siblings. He lost his three brothers to typhoid, scarlet fever and then diphtheria, so he grew up with one brother and a constant ‘pout’. Life had been cruel to him and Frank could find little to smile about.

He finished his studies after elementary school and became a professional baseball player. He played in the Tri-State league for Johnstown Pennsylvania. One day, when he was 19, he was fired from the team because the coach said he was lazy. Bettger was very surprised by this, and for financial reasons, he looked for another team straight away.

He moved to the Atlantic League in Chester, accepting a salary of $25 a month compared to the $175 he was getting at Johnstown. Since nobody knew about his history with the other team, he decided to build up his own fame as an enthusiastic player. Frank immersed himself in this new role and stood out immediately for his enthusiasm and grit. During his first game, he scored the winning points for his team. There was even an article in the local paper that compared him to a “real barrel of dynamite”.

So, just for fun, Bettger sent a cutting of that article to his old coach at Johnstown, who had fired him for being lazy!

The experience of playing for the new team helped him discover the beneficial effects of enthusiasm: his performance anxiety was gone and he understood that enthusiasm can be contagious, if you share it with the team.

But eventually he had to leave behind his promising baseball career due to injury.

He had to start again from scratch, and to cover his expenses, he had to find a new job, sharpish.

This is how Frank Bettger got into sales, taking on his first job as a salesman for the Fidelity insurance company. With no boost or any kind of training, Bettger’s results were poor. He needed a method, but mostly what he needed was a large dose of self-belief. Since he was curious and wanted to succeed at all costs, he signed up for a Public Speaking course held by Dale Carnegie, the famous writer and management training expert, who at that time, had just started to hold conferences all over the US..

This meeting was important for Bettger, for two reasons: the first was because Carnegie asked Bettger to be a part of one of his conferences, forcing him to speak in public, putting him continuously in front of an audience who listened to him and asked questions. The second reason why it was important, had to do with Bettger’s approach to life. When Carnegie heard Bettger speak for the first time, he was the one to ask him the right question at the right time. Carnegie said: “are you interested in what you are saying? If you are not convinced by it, nobody is going to be interested in listening to you.”

Carnegie’s question switched a light on for Bettger, and from that moment on, Bettger always tried to be enthusiastic, because doing things with enthusiasm attracts people and business needs to be done with enthusiasm.

The extraordinary story of Frank Bettger

Enthusiasm is an essential quality that every human being should have

Success begins with clever use of the telephone to book appointments

The art of asking questions and listening to close the deal

Dazzle the client: with your suit, your smile and your memory