Home Health and Nutrition How the Other Half Eats 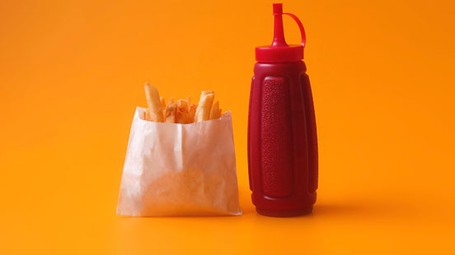 Priya Fielding-Singh is a sociologist with a PhD from Stanford University, and an assistant professor at the University of Utah. Her field of research focuses on the deep-seated and often unexplored relationships between health, food choices, and economic and social inequalities in American families. As a child, she gained an in-depth understanding of social inequalities, first-hand, through her family’s involvement in temporary foster care programmes for children. Today, she lives in Salt Lake City with her husband and daughter.

Food inequality in America is deeply rooted in cultural stereotypes and ideologies, which are difficult to eradicate

Individualism and meritocracy are deeply seated in American culture; as a result, all sorts of fortunate or unfortunate events are put down solely to individual responsibility. People are always held responsible for both their successes and failures, regardless of how privileged and easy, or disadvantaged and difficult, their background or personal history may be.

Most people’s views on parenting are strikingly similar, and this reinforces the belief that African Americans, Latinos, and poorer people in general, are less able to provide their children with a nutritious and balanced diet and sound education, not as a result of systemic or structural causes, but through personal fault or incompetence. The same cultural stereotypes also often lead us to believe that obesity is a problem that only affects certain social classes and ethnic groups, while healthy eating is a skill and cultural custom belonging only to white and, mostly wealthy, mothers. In reality, the problem of adolescent and childhood obesity is widespread all over America, and the entire population has alarmingly high rates of diseases related to poor nutrition.

This idea is also based on the ‘culture of poverty’, a theory first put forward by anthropologist Oscar Lewis in the 1960s. Lewis argued that poverty creates a set of beliefs, values, practices, and behaviours, which tend to perpetuate poverty itself, even when external conditions change. Other scholars have distorted and exploited this theory over the years, in order to reinforce their belief that disadvantaged people are responsible for their own poverty and hardships.

Black parents, or indeed any parents from economically or socially disadvantaged groups, have to fight against this ingrained opinion on a daily basis. Their permissive approach to food is almost always interpreted as poor child-rearing skills, and is used to foster the individualist stereotype, according to which everyone is responsible for their own misfortunes. When a white, wealthy mother indulges her child in the same way, it is seen as a sign of flexibility, as she is able to make an exception to her child’s otherwise strictly healthy diet, and is accepted as proof of her good parenting skills.

The key ideas of "How the Other Half Eats"

Food inequality in America is deeply rooted in cultural stereotypes and ideologies, which are difficult to eradicate

The increasingly widespread ‘intensive mothering’ approach shifts the entire burden of raising children onto the parents, leaving them completely alone to face impossible challenges, which are beyond their control

The United States lacks the social support structures, public policies, and welfare systems necessary to ensure food security for all families, and especially, single-parent families, which are usually run by single mothers

Despite increasing awareness of which foods are unhealthy, and of the importance of good nutrition, certain factors still drive food choices in poorer households

Change and improvement are possible: some theories have already been put forward or experimented, but they need to be reinforced, as they clash with the strong individualism that defines American society