Home Society and Culture How to Be an Antiracist 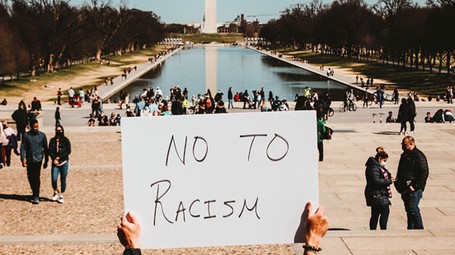 Ibram Xolani Kendi is an American antiracist activist, professor, and author. Following his studies at Temple University in Philadelphia, which were focused on African American Studies, he began a career as a teaching assistant at the State University of New York in Oneonta and Albany, before moving to the University of Florida. In 2017, he became an Associate Professor at the American University of Washington, founding the Antiracist Research and Policy Center in the same year. He has been teaching at the University of Boston since 2020, where he is now the director of the Boston University Center for Antiracist Research. He has published various books, including Stamped from the beginning: the definitive history of racism ideas in America, and How to be an antiracist.

Antiracism begins with being familiar with, and understanding, racist terminology

The main threat posed by racism is denial: as soon as someone utters the word, everybody withdraws and becomes defensive, denying any proof of its existence. This denial poses a problem for society and is a powerful weapon in the hands of racism, because if a concept is not well defined, it cannot be recognised or challenged.

Fortunately, racism is a condition that can be changed, confronted, and defeated by means of self-analysis and willingness. The main weapon we have at our disposal to help achieve this is the awareness of the meanings and concepts shaping racist thoughts, actions, and policies: the first step in overcoming something is understanding it through and through, knowing its boundaries and limits, and to do so, it is useful to begin with terminology.

Even the simple difference between a racist, antiracist, and someone that remains neutral, shows how important it is to reflect on terminology: at first thought, a person who declares themselves neutral could be considered as antiracist, for example, but upon further analysis, one quickly realises that actually they are not antiracist, since they do not oppose racist policies and ideas, and therefore actually fall into the category of racists themselves.

Reflecting on terminology is crucial, so as to gain a better understanding of terminology and, with that new-found knowledge, to discover all of the hidden and ambiguous dynamics that make racism a devious condition, one to be ignored at our peril. Terminology isn’t only important when it comes to recognising behaviours or attitudes that would remain otherwise hidden, but also when it comes to assuming self-responsibility: we can only truly understand our purpose once we have clearly defined who, what, and how we want to be. Leaving too many things unsaid or open to interpretation can result in straying from the right path, only to realise, one day further down the line, the error in your ways.

With this in mind, the first two terms to tackle are ones that everyone claims to already fully understand. However, on closer analysis, we might be surprised. Racism and antiracism: we can say that their respective definitions are as follows:

Here, we can add some other definitions that are useful when establishing a picture of the overall situation:

It is important to be familiar with these basic terms given that racist ideas are much more deeply rooted in society than antiracist ideas. This is due to the long history of discriminatory policies in our wake, making racism easier to digest and difficult to identify, as compared to antiracism. Reading and studying specific terms can help us to remember and better recognise them.

The key ideas of "How to Be an Antiracist"

Antiracism begins with being familiar with, and understanding, racist terminology

Racism manifests in different forms, including segregation and assimilation

Racism springs from racial hierarchies, based on biology, ethnicity, and skin colour

Racism can be anti-white, or hide behind the excuse of powerlessness

Antiracism is also feminist and pro-queer

Racism can be changed