Home Personal Growth How to Stop Worrying and Start Living 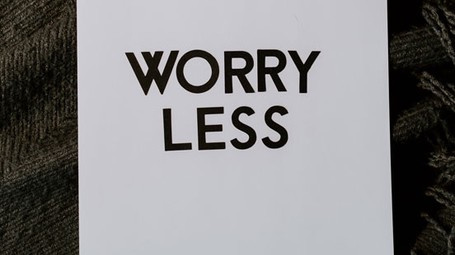 Dale Breckenridge Carnegie was an exceptionally talented teacher and writer and an absolute precursor in the fields of personal development, of sales techniques and of interpersonal relationships. His best seller, “How to Win Friends and Influence People” was first published in America in 1936, has sold over 15 million copies worldwide and continues to be reissued and updated in many countries throughout the world.

Putting something off until tomorrow only creates a false illusion: the right time to start living is now

Worries are part of everyone's life: it is not possible to avoid them entirely, but you can learn to live with them. If left unmanaged, however, fear, anxiety, and stress can also have serious consequences on a person's psychophysical health: heart disease, stomach ulcers, high blood pressure, psychosomatic illness, and depression, are just a few of the adverse health effects that they can cause.

Anxiety is like incessant drops of water that continue to fall, day after day, gradually carving out a deep well from which it is very difficult to get back out again. There is a big difference between thinking constructively about tomorrow,  and being anxious about something that might, perhaps, one day, happen. The first type of thought, in fact, follows the logic of cause and effect, and serves to make concrete plans for the future. The second type, on the other hand, is useless from the point of view of achieving a goal, as well as being very harmful to your health. Not thinking about the future, in fact, doesn’t mean not planning for the future, but simply means not being worried about what might happen tomorrow.

In a speech to Yale University students, Sir William Osler suggested living in "twenty-four-hour compartments" as a way to overcome anxiety. Osler had learned this from a voyage he took aboard an ocean liner. During this trip, he noticed how the captain was able to isolate the various parts of the ship simply by pressing a button that operated watertight bulkheads. That way, if there was a leak on board, there would still be time to get to safety. According to Osler, we must learn to do the same with our thoughts: close off the part that concerns the past, close off the part that concerns the future, and focus solely on the present. Only in this way will you be able to face even the most demanding day without becoming overwhelmed by panic.

However, sometimes you may well find yourself feeling overwhelmed by all of the things that you have to do. In this case, an hourglass provides a handy example. In the upper part of an hourglass, there are thousands of small grains of sand that must pass through the central hole, before settling in the lower part. The reason an hourglass never becomes blocked is because these grains of sand go through one at a time. It may seem difficult at first, but the solution to avoid becoming anxious when you feel overwhelmed by commitments is exactly the same: do one thing at a time.

The key ideas of "How to Stop Worrying and Start Living"

Putting something off until tomorrow only creates a false illusion: the right time to start living is now

Resigning ourselves to the worst leaves us in the position of having nothing more to lose, and so, being able to give our best, without fear of failure

To avoid feeling any anxiety, you must make decisions only after having analysed the big picture

Our thoughts determine who we are, so it is essential that we select our thoughts, and that we do so wisely

In the long run, trying to be someone you are not only produces anxiety and stress

Calculating the odds and accepting the inevitable help reduce anxiety

To keep anxiety under control, apply the stop-loss system used in the financial sector

Unjust criticism and fatigue are two catalysts of anxiety, but are easily avoided