Home Personal Growth How to Win Friends and Influence People 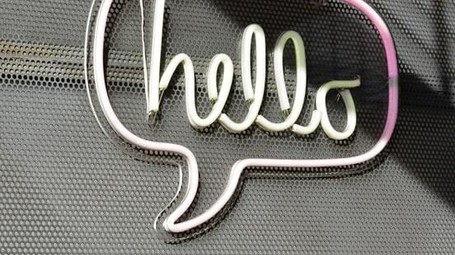 Dale Breckenridge Carnegie was an exceptionally talented teacher and writer and an absolute precursor in the fields of personal development, of sales techniques and of interpersonal relationships. His best seller, “How to Win Friends and Influence People” was first published in America in 1936, has sold over 15 million copies worldwide and continues to be reissued and updated in many countries throughout the world.

The first enemy of engagement is criticism. Listening and genuine interest are the most effective tools to strike up relationships with others

When a working organisation is based on principles such as loyalty, enthusiasm and team spirit, performance is at its best, because each individual person’s potential, of which only 50% is usually used, is exploited to its fullest. Human beings tend not to use a large part of their inner resources: the first obstacle to overcome, if we want to improve relationships within a group and consequently, the performance of the individuals within it, is the tendency to resort to criticism. Criticising is useless, because it puts people in a defensive position; moreover, it is dangerous, because it hurts people’s pride, demoralises them and decreases their will to fully commit. In the experiments carried out by B.F. Skinner, we learnt that an animal who is rewarded for doing well, learns much faster than one who is punished for failing, and the same applies to us humans.

Among many examples to illustrate this point, we have the case of George Johnston, head of safety at an engineering firm in Enid, Oklahoma. Johnston had to check that employees wore hard hats at all times, but when he reminded those that weren’t doing so, he got cold and acrimonious obedience and often, as soon as the person was out of sight, they would just take their hat off again. Everything changed when he changed his approach: he asked those workers who weren’t wearing their hard hats if the hats were uncomfortable or the wrong size, he stressed that it was an important tool for their protection and suggested that they always wear it when in and around the building site, to avoid getting hurt. The result was a sharp increase in compliance with the regulation, without protest or disputes.

The key ideas of "How to Win Friends and Influence People"

The first enemy of engagement is criticism. Listening and genuine interest are the most effective tools to strike up relationships with others

Encouragement as an educational method: the power of a smile is so big that it can be heard in your voice

Remembering names: Napoleon III’s technique to memorise names based on attention and the genuine desire to remember them

We cannot always agree: to argue against an opinion that differs from yours, you need to be a good listener

It is always better to ask than to command, to engage others and stimulate their creativity