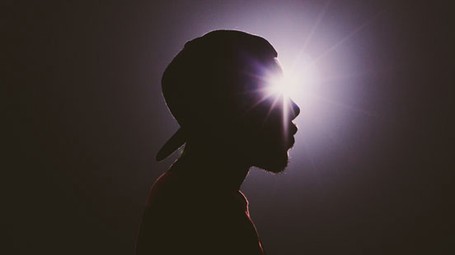 Hugh MacLeod is a cartoonist, famous for the sketches he draws on the back of business cards, which are little doodles that depict the way he sees the world. Through his sketches, he expresses ideas, cultures, and opinions simply and effectively. He founded the company Gapingvoid, which is an end-to-end culture design firm that specialises in building an ideal culture in all kinds of organisations. Among his most famous clients are Microsoft, Zappos, and MIT. His book Ignore Everybody, published for the first time in digital format on his blog, was downloaded 5 million times before going on to become an international bestseller.

Hugh MacLeod: when success comes along by chance

Hugh MacLeod’s story is interesting not least because it confirms that dreams really can come true. MacLeod wanted to work in the creative field, so he headed for New York City as soon as he graduated from college. It was 1997. He was supposed to spend just a few weeks in town working for a company on a copywriting project, but ended up staying when they offered him a full-time job as a copywriter. While he was working hard for little money, MacLeod dreamed of living in a big, beautiful apartment and having a well-paid job that got him invited to the city’s most exclusive parties. During his breaks from work, he would sit in a local bar and draw cartoons on the back of business cards for fun. He always had them in his pocket, so would pull one out and draw on it whenever he felt inspired. Since his drawings told the story of his life in New York, his hopes, and dreams, and some of his innermost thoughts, he began to publish them online. This is how his brilliant and creative career began. His work was original, had a clear message, and told the tale of his unique journey to success.

Every work of art must be recognisable, with its own voice and style, and its own unique identity.

The key ideas of "Ignore Everybody"

Hugh MacLeod: when success comes along by chance

People will get in the way of your success: learn to ignore them

The importance of spending time on your projects

Don’t wait for others to come to you. Remember: if you build it, they will come

Art has the power to transform work