Home Health and Nutrition In Defense of Food 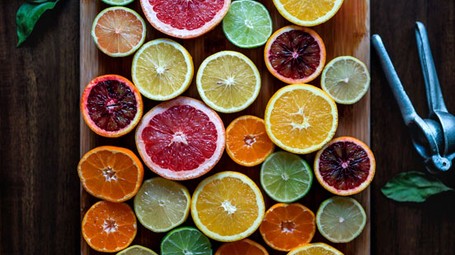 Michael Pollan teaches journalism at the University of Berkeley, and he writes for several publications including The New York Times Magazine and The New Yorker. He is one of the most respected, less orthodox people in the world regarding his stance on the global debate of nutrition. His other books include Second Nature, The Botany of Desire, The Omnivore’s Dilemma, Cooked, and How to Change Your Mind.

From food to nutrients: the roots of nutritionism and the discovery of vitamins

The concept of nutrients has existed since the early nineteenth century, when the English physician and chemist William Prout identified the three main components of food: proteins, lipids, and carbohydrates, later referred to as "macro-nutrients". Justus von Liebig, the great German scientist, considered one of the founders of organic chemistry and modern science of nutrition, added a couple of minerals and declared the mystery of animal nutrition solved. Later, Liebig invented a meat extract that has been developed into what we now use as a stock cube, and the first infant formula, based on cow's milk, flour, malt, and potassium bicarbonate. However, doctors soon realised that many babies who only drank the formula milk made according to Liebig's recipe struggled to grow.

In addition, sailors along ocean routes often got sick despite getting enough protein, carbohydrates, and lipids. Evidently, the chemical scientists had underestimated something: the presence of some essential ingredients in fresh plant foods that were capable of healing sailors. At the beginning of the twentieth century, this observation led to the discovery of the first group of micro-nutrients, which, in 1912, the Polish biochemist Casimir Funk called "vitamins". These special molecules almost miraculously cured diseases such as scurvy or beriberi, and from the 1920s they became fashionable among the bourgeoisie.

The key ideas of "In Defense of Food"

From food to nutrients: the roots of nutritionism and the discovery of vitamins

The lipid hypothesis: saturated fats identified as being responsible for cardiovascular disease

The characteristics of industrialised nutrition: refined foods, qualitative impoverishment, passage from the leaves

A healthy eating manifesto: eat real food, avoid products that advertise their health effects, favour vegetables, shop at farmers’ markets and grow your own wherever possible