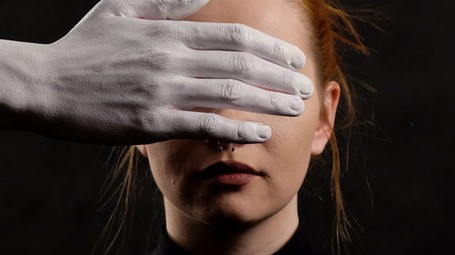 Jonah Berger is a professor at the Wharton School of the University of Pennsylvania.  He is an expert in word of mouth, viral marketing, social influence, and how products, ideas and behaviours catch on.  He has written articles for academic journals and his articles have been featured in magazines such as The New York Times, Wall Street Journal and the Harvard Business Review.  He has been a speaker at many conferences and consulted for various companies, among which Apple, Google, Vanguard, Unilever and the Gates Foundation.
IDEA CHIAVE 1/8

Human beings who are part of a community are subject to social influence. They are not all aware of this, and yet some form of conditioning shows itself even though we might not notice.

Conditioning shows itself in different settings, from the products we choose to buy, whether it’s a new shampoo or a new car, to the ideas we have about any given subject.

The truth is that when we see something of ourselves reflected in others, it gives them a feeling of authority. It would seem that other people are able to influence up to 99% of our decisions.

When we have to make a decision about a new car, we focus on the price and the petrol consumption, but we also look to see whether anyone in our group of acquaintances already owns that particular model. Other people’s experience makes a difference to our own. If someone we know already owns the car we are looking at and is happy with it, we will be convinced that it is the right one to buy and consider it a worthwhile investment.

Numerous experiments have been carried out to determine the capacity of reciprocal influence, and before doing them on humans, they were first tried on animals.

Some of the monkeys began to avoid eating the blue corn because it tasted bad, and slowly they all started to copy them and left the blue corn to eat only the pink.

However, the study did not end there. They carried out the exact same experiment on new-born monkeys, who were not present when the adults had tasted the bitter corn. In addition, the scientists took the bad taste away from the blue corn, leaving both colours with a neutral flavour. The result was that the baby monkeys all ignored the blue corn and chose to eat the pink. They did this because none of the adult monkeys who took part in the experiment, even touched the blue corn, so the babies adapted to the preference of the adults.

This same mechanism can be seen in adults. When we are no longer sure about what to choose, we look to see what other people have chosen and we tend to follow in the same direction as them.

Social influence works, and it conditions people’s behaviour in two ways: by imitation and by differentiation.

The key ideas of "Invisible Influence"

How can studies on social psychology be applied to brands and companies?