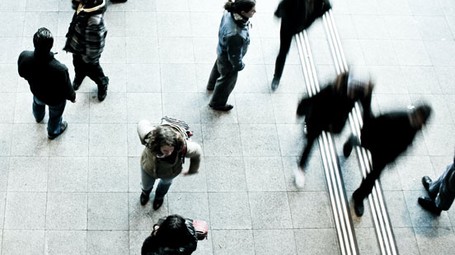 Born in 1984 in Brazil, Caroline Criado Perez is an English writer, journalist and activist. She has lived in several European countries, including Holland, where she finished high school. Later she graduated from Oxford University, and went on to study language and gender at the London School of Economics. Over the years, she has supported various campaigns to increase the representation of women in the media and in daily life. She has also written “Do It Like A Woman….and Change The World” and the bestseller “Invisible Women: Exposing Data Bias in a World Designed for Men.”

Many of us study history without realising one important truth: everything that we know about humanity until now is only half of what really happened. Often in fact, the stories of men have been presented as a representation of all human beings, completely leaving out the female point of view. This phenomenon is called male bias, and it lies at the foundation of the gender gap, meaning the lack of data about the experiences, points of view and necessities of women. Concepts such as these are even more important in a time such as ours, where big data and artificial intelligence are becoming ever more important, and regulate every aspect of our lives.

The big data supplied to artificial intelligence or input into our computers can in fact be contaminated by gender bias, and usually we do not even know about it, because artificial intelligence is often created privately, and so is not subject to any checks by government bodies or by ordinary people. If in most cases this bias leads to various levels of discomfort for women, for example installing a high shelf, or keeping the office temperature too high because the thermostat is based on male data, in others it can put their lives in danger, such as when heart attack symptoms are not diagnosed in time because the heart monitoring system does not cover female cardiac anomalies, due to it having been set up for men.

The fact is that men tend to shape the world in their image, and they do not have a female body, they are not subject to the burden of having to assist family members, or of unpaid work, and they are not the victims of deliberate violence in the same way as women are, so they tend not to see these problems. This oversight is not deliberate or malicious, it is simply a lack of attention that leads to bigger problems for women who live in an increasingly unequal and unjust world. This becomes even more serious when the female category is mixed with any other minority group: where the data for women are scarce and often ignored, they are practically nonexistent when it comes to say, women of colour or with any kind of disability.

The key ideas of "Invisible Women"

In times of darkness for humanity, women’s conditions worsen