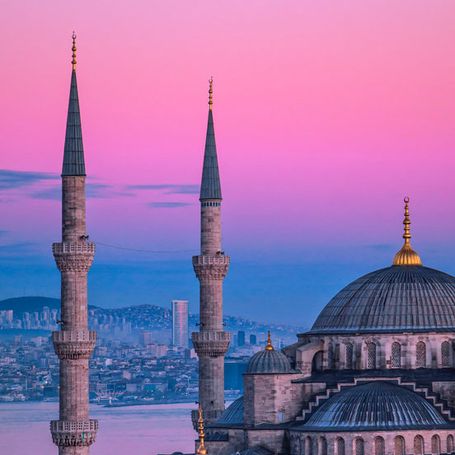 Carole Hillenbrand is an Islam historian and professor of Arabic. For years she has curated classic Arab and Persian religious texts, with particular focus on Islamic law, political thought, and Sufism. While she herself is Christian, Hillenbrand has always had a deep interest in Islam, from both a religious and cultural perspective, which is why she feels so strongly about the dissemination of accurate information on Islam. In 2005, she was the first non-Muslim to be awarded the King Faisal International Prize for Islamic Studies, and in 2009, she received an OBE for services to Higher Education.

Over time, Islam has become increasingly prevalent and is practised by one and a half billion people across the globe, with each country having made its own unique adaptations to better suit the local culture. Islam’s world-wide diffusion, combined with the many prejudices and misconceptions about it, only serve to reaffirm the need for greater understanding. Islam is rich with historical and spiritual references, but it has also had to deal with a marked increase in prejudice arising in recent decades from certain acts of terrorism.

September 11th 2001, is an important date in the history books. On this day, the attacks on the Twin Towers in New York further tainted the image that the world had developed of Islam, bringing up conflicts and contradictions that had never previously been so widely exposed. Many Muslim communities around the world distanced themselves from any form of terrorism in the name of Islam, and began to work to repair the damage done to the image of their religion in their local communities and throughout the world. Carole Hillenbrand, a historian of Islam, while not a Muslim herself, was one of these people. In her book, she retraces the steps of Islam into the history of the origins of this religion with the aim of providing accurate information which can help break down prejudice. Since Islam is now widespread throughout the world, everyone has a duty, especially people who are not Muslim, to understand what the religion is about. Hillenbrand tells the story of Islam with complete objectivity, in the hope of helping counteract today’s widespread ignorance deriving from infinite false assumptions.

One of the difficulties that Islam faces today is caused by the very fact that it is so widely practised, across so many countries in the world. There are large Islamic communities in Indonesia, in Africa and even in the Baltic states. This displacement requires a new kind of recognition. In the Baltic countries for example, where there are only a few hours of daylight during winter, Ramadan fasting begins and ends in the evening, when it should go from sunrise to sunset.

There is another problem linked to the translation of the Quran. Children raised in different countries in which Arabic is not the first language need to be able to read the Quran in their own language, but it is considered impossible to translate. The very first official translation of the Muslim holy Book was in Romanian, as late as 2006.

These few examples help illustrate the need to look closer at the subject of Islam, which faces challenges as it spreads throughout the world, challenges from within the Islamic community and outside it, and of both a practical and spiritual nature.

The key ideas of "Islam"

The Quran is the reference text of Islam, and is chronologically placed after the Old and New Testaments in the Christian Bible

Sufism as an intimate and mystical dimension of Islam

The much disputed role of the female in the Islamic hierarchy