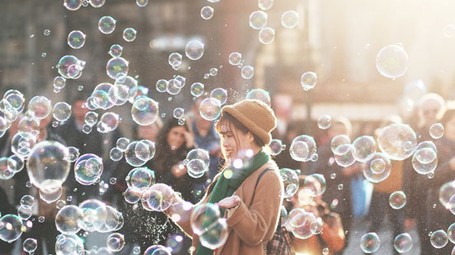 Born in 1970, Chade-Meng Tan is a talented engineer who worked at Google and held a mindfulness course called “Search Inside Yourself” for his colleagues. The course was so successful, that the personnel department called him to work for Human Resources. His course became very popular among Googlers, and became a book by the same title. Search Inside Yourself, the book, became an international bestseller, and Tan also wrote Joy on Demand, a book on the art of rediscovering the joy within us as the key to living a more peaceful life, in harmony with the world.

Happiness is highly trainable. This is the basis for the Search Inside Yourself course

Born in Singapore in 1970, Chade-Meng Tan grew up with a passion for programming and personal computers. After becoming an engineer and achieving acclaim in the IT field by winning numerous awards, he joined Google. When he started working there, he was only 29 and Google was still a small startup.

He was also popular at work, because of his happy nature. They used to call him "the Jolly Good Fellow”.

Tan’s luck began at Google. He began to meditate at an early age, and had long experienced its benefits. At the age of 21, he felt miserable, with no real future prospects. Then, he found what he was looking for in meditation. He understood that happiness is trainable, and that once you find it, you can access it on command.

So he proposed the first Mindfulness course for emotional intelligence at Google. The course was aptly named Search Inside Yourself, which was perfect for the company whose aim was to position itself as a search engine.

The course was an immediate success. The personnel department suggested he change offices and lead his personal growth course for employees while pursuing his role as an engineer. Tan jumped at the chance and saw this whole new path of self-exploration as an excellent opportunity.

The key ideas of "Joy on demand"

Happiness is highly trainable. This is the basis for the Search Inside Yourself course

Mind-training can change your life if it is done consistently

The importance of the breath to feel one’s own energy

Examples of meditation practice to prepare for joy

Suffering affects us all but meditation can help