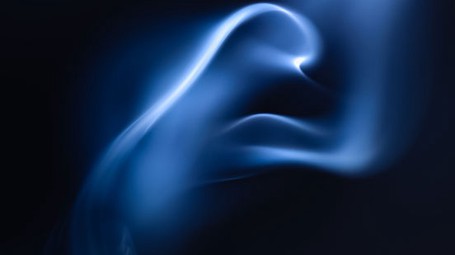 Amedeo Balbi is associate professor of astronomy and astrophysics at the Physics Department of the University of Rome "Tor Vergata". In his research he has covered various topics including the physics of the early universe, the issue of dark matter and energy, and the search for life in the cosmos. As an author, he edited a monthly column in Le Scienze, as well as writing for several other newspapers and magazines. He has written several books, including Seekers of Wonder (Rizzoli, 2014), winner of the National Award for Scientific Dissemination 2015, and The Last Horizon (UTET, 2019), winner of the Asimov Award 2021.

Human beings use science to explore our world, aiming to find an explanation for certain natural phenomena

Throughout the ages, human beings have tried to find explanations for the origin of life, to understand why the world exists - and therefore also why human beings exist – in search of the ultimate reason for our existence. We have come up with stories about our initial creation, stories that diverge into two different paths based on the answer they give to the question of whether or not the universe had a beginning. In many of the stories in which the universe had a beginning, the root cause of everything is a deity, a supernatural being who does not obey the known laws of the world, but is literally beyond them and their powers. An example is Aristotle's immobile engine, or Thomas Aquinas' cosmological argument, or Gottfried Leibniz's principle of sufficient reason. As for stories without a beginning, however, the existence of reality is something that cannot be investigated by reason. An example is Greek atomism, according to which the world we know is produced by the eternal combination of the various elements that make up matter.

In the midst of these stories there is science, whose purpose, as Stephen Hawking pointed out, is to describe the universe in which we live. Science, in fact, tries to give an explanation to natural phenomena through laws derived from the evidence of natural causes. This implies that whatever is observable must originate from the interaction between different parts of the natural world, without external intervention. In the last century, especially in the later decades, science managed to transform the purely human urge to seek an explanation for the origin of life into an experimental investigation, in order to identify specific evidence to confirm or deny the various hypotheses. The history of human knowledge, in fact, has so far shown that all the influences considered supernatural were nothing more than natural phenomena, which were not yet fully understood, often due to the lack of appropriate tools available at the time. In other words, this means that trying to make sense of a natural phenomenon by making it dependent on a celestial being is no better an explanation than admitting that you don't know why or how this thing happened or worked. It is possible, however, that the real reason why most people struggle to let go of the idea of a divine creator is precisely due to the fact that they cannot accept that it all happened simply because of a random encounter of elementary particles, as opposed to occurring for a specific, ‘higher’ purpose.

The key ideas of "L'ultimo orizzonte"

Human beings use science to explore our world, aiming to find an explanation for certain natural phenomena

Scientific method is based on a series of key components: observation, formulation of rational hypotheses, experimentation and sharing of results

Some questions about the observable universe still remain unanswered