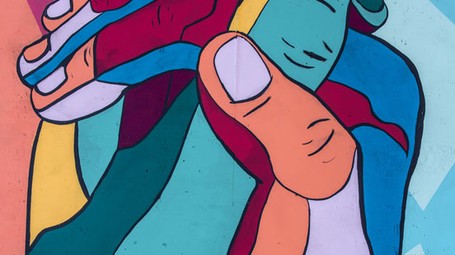 Born in 1973 in London and now a naturalised US citizen, Simon Oliver Sinek is a writer, essayist, and leadership expert. His research focuses on the patterns that make organisations great, starting with their leaders and the processes through which people and companies impact and improve the world we live in. He spreads his ideas via motivational speeches and the numerous books he has written, such as "Start with Why: How Great Leaders Inspire Everyone to Take Action", "Leaders Eat Last: Why Some Teams Pull Together and Others Don't" and "The Infinite Game.”

There's a big difference between being a manager and being a leader. People are more likely to follow leaders down risky paths, even dangerous ones. Therefore, leaders are more responsible for a team’s success or failure than managers

There is a recurring factor that sets successful organisations apart from others: the leader comes last. This is much more than a slogan, it is a fact: the price of leadership is to place the team’s needs before your own. We can see an example of this in the marines, where the young people are served their meal before the older ones, not because of any written rule, that's just how they do things.

In successful organisations, leaders provide protection from the top, and people at the lower levels support each other: this behaviour creates an atmosphere in which people feel at ease and are able to give their best, even when doing so means taking risks. Going back to the marines, this might even mean endangering their lives. This dynamic is natural: if a team’s leadership protects it from internal rivalry, the individuals within that team can experience an atmosphere of cooperation and trust, and they won't waste their energy looking over their shoulder. Basically, in these types of organisations, Leaders naturally adopt the same behaviours that have enabled the human species to become dominant, taking advantage of its innate desire to cooperate. The ability to work together, to help each other and protect one another is what helped our ancestors survive: elephants survived, too, but they did not evolve in the same way as humans did.

We can also look to the Spartans (the famous warriors of ancient Greece) for another example. Losing one's shield during a battle was the worst crime a Spartan could commit: yet any warrior that lost his armour was forgiven. Anyone who lost his shield had his citizenship taken away because while the helmet and breastplate protected him, his shield also protected the soldier next to him as part of the interlinked formations they used.

There's a big difference between being a manager and being a leader. People are more likely to follow leaders down risky paths, even dangerous ones. Therefore, leaders are more responsible for a team’s success or failure than managers

The body uses endorphins, dopamine, serotonin and oxytocin to promote behaviours that can strengthen the feeling of progress and accomplishment – as individuals and as a species - through the ability to work together and get the work done

In large companies, numbers cannot represent people, they are simply abstract values. Leaders must close the gap and act as catalysts to help employees form bonds

Social responsibility rather than blindly following the rules: to earn trust, leaders must be generous and show that they care about people’s well being