Learn the key ideas of the book by Sheryl Sandberg

How a woman can reach her full potential

Lean In is a lengthy discussion on gender equality. Even though we discuss equality between men and women, the reality suggests that there are still antiquated positions for which some tasks belong to men and others to women. There has been a lot of progress over the years, yet the number of women at the table of power is still meagre. This is a challenge for us all: it is up to women to defend their dreams and get over their fears and judgements, and up to men to welcome women and welcome their presence at the tables of power, and to companies to be ready to listen to their needs and offer them alternative options.

If all parties were able to value women’s contributions, our whole society would be a better place. So Sandberg encourages women to stand up for their careers, so that they can reach their full potential, reconcile personal success with professional satisfaction, and live happily, expressing themselves fully and openly. 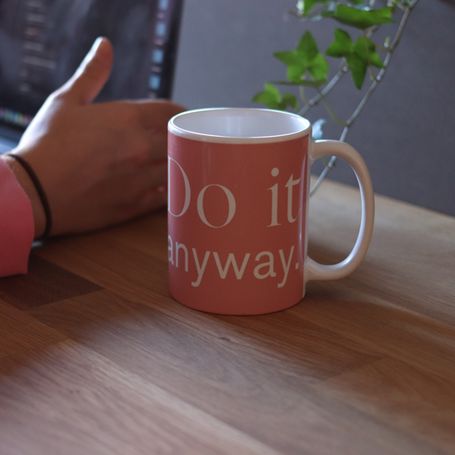 Sheryl Sandberg is a woman who has earned herself a seat at the “table of power”, usually reserved for men. As Chief Operating Officer of Facebook, and following a career at Google as vice president of Global Online Sales and Operations, Sandberg speaks openly about her sensitivity to the theme of equality of the sexes. When she realised that she was a minority, from her experience of fatigue, imposed limits and the contradictions in our society, she began to hold conferences on the importance of equality, because women can and must be able to share the same professional objectives as men. The “Lean In” movement she founded is active all over the world and works to generate female empowerment.

Equality has been at the centre of numerous debates for decades, the feminist movement brought to light the necessity to consider women equal to men. And yet turning these words into actions, and proposals into facts, happens very slowly, sometimes not at all. The result is that men still run the world. The women who sit next to those men, who have access to those few privileged seats, are too weak a minority to be able to flip the trend.

There are even some countries that still do not allow women fundamental and inalienable rights. Therefore, there is still a lot of work to be done for the promise of fairness to be translated into real and tangible equality.

Challenges include prejudices (for example, sooner or later a woman will need to go on maternity leave) and a lower consideration for women’s abilities, (they are commonly deemed to be emotional).

Salaries are still different for men and women in the same role. Old fashioned beliefs still linger about marriage being the first priority in a woman’s life, a necessary step for a happy and productive existence.

Women are still designated to take care of the children and the house almost exclusively. When a woman is expecting a baby, along with “congratulations”, one of the most common questions is “what are you going to do about work?”, highlighting just how difficult it is to balance work and a family.

People tend to frown upon a woman who chooses a career over a family, and criticise using common labels such as ‘social climber’, ‘selfish’ and ‘ruthless’. It is a complex issue, but the fact is that we still need to break free of this trend that penalises women.

If men, women and companies became more sensitive to this issue, and made a commitment to put more women in key roles, society as a whole would be fairer. Having more female leaders would mean making room for more varied points of view, improving conditions for all women, and truly listening to their needs.

The key ideas of "Lean In"

Men and women have different ways of reacting to problems

Women need to find the courage to open up, knowing that asking is not a sign of weakness, but a step towards problem solving

Breaking down the barriers that stop women from growing professionally: the partner’s role

To learn to sit at the table, a woman needs to fight her fear

Maternity leave is a hot topic that needs to be examined