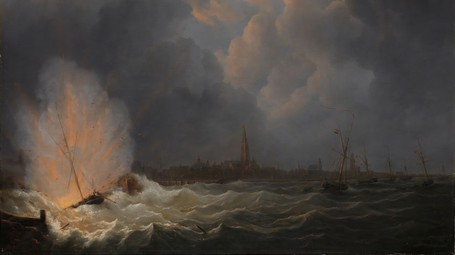 Alessandro Barbero is a historian, academic and a writer. He is an excellent communicator and populariser who teaches mediaeval history at the University of Eastern Piedmont and Vercelli. In 1996, his novel ‘Bella vita e guerre altrui di Mr Pyle, gentiluomo’ won him the Premio Strega, the most prestigious Italian literary award. Since 2007, he has worked with Rai television on Superquark with Piero Angela, and other programs. Some videos he published on YouTube went viral and made him a web star.

By the 1770s, Cyprus had belonged to the Venetian Republic for about 80 years, but it was located about 2,000 kilometres from St Mark’s Square, the centre of the Venetian Empire, and this was a colossal distance at the time. The island had briefly belonged to the Muslims before it became part of the Venetian Empire, and later became a Crusader state. Cyprus is located just 70 kilometres from the Turkish coast, and the Ottoman Empire was opposed to the Christian rule over the area, as the Sultan believed that a land that had known “the true faith” should not be controlled by “infidels”. He therefore demanded an annual contribution of 8,000 ducats from Venice, which the Republic was willing to pay, in order to cement its ownership of Cyprus. The agreement, however, was ambiguous and so each side interpreted it differently: the Venetians maintained that Cyprus was an important extension of their Empire, while the Ottomans claimed that their sovereignty over the island was undisputed, and had only been transferred to the Venetians temporarily, for as long as it was convenient. The sultan later decided that he would regain control of the island, and rumours began to spread rapidly about the Ottoman Empire’s intentions. By 1569, Venice was worried: reports from Marcantonio Barbaro, the ambassador to Constantinople, were inconsistent, and did little to alleviate the Venetians’ concerns. The Turks began to build transport ships and manufacture weapons, and this unnerved their rivals even further. Barbaro and the other Venetian patricians held on to the hope that the sultan simply wished to free the Moriscos, the Muslim subjects of the Christian rulers in Spain, but deep down, they knew that an Ottoman attack on Cyprus was imminent.

The key ideas of "Lepanto"

The Ottoman Empire knows that the conquest of Cyprus would trigger a bitter and costly war, but the benefits of ruling over the island are too great to pass up

The threat of an Ottoman invasion of Cyprus is real, but Venice has no intention of relinquishing the island, and so begins to prepare for war

Pope Pius V pushes for the formation of a league to fight the Turks, which unites the Christian kingdom of Spain and the Republic of Venice

As the Venetians grow increasingly concerned about the Turkish advance in the Adriatic, they begin preparing to defend themselves against a possible direct attack

The Spaniards finally arrive in Messina, reunite with the Venetians, and form a fleet that is far superior to that of the Turks

The Christians easily overpower the Ottomans at Lepanto

The Turks regroup after the defeat at Lepanto, but Venice has no intention of waging another war