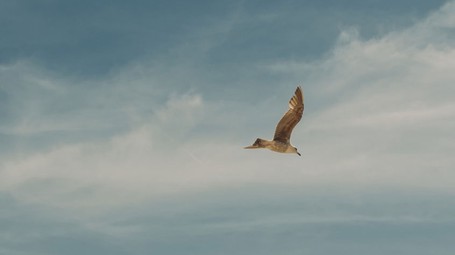 Born in 1980 in Brazil with German ancestry, Gisele Bündchen is one of the most popular supermodels of our time. She was discovered in 1994 by the Elite Model Management agency, and became famous a few years later when she walked in an Alexander McQueen show. Between 1994 and 2016, she featured for some of the world’s biggest designers in around 500 fashion shows, 450 advertising campaigns and 1,200 magazine covers. She was also placed 89th on the Forbes Most Powerful Woman in the World list. Today, she is known for her generosity and her commitment to philanthropy: she was a UNEP ambassador, and she was honoured by Harvard University as a Global Environmental Citizen for her commitment to eco-sustainability. She currently lives in Boston with her husband Tom Brady and their children; Lessons is her autobiography, whose proceeds will be donated to her social and environmental organisation, The LUZ Foundation.

Gisele Bündchen was born in 1980 in Horizontina, a small town in southern Brazil. She is a fifth generation Brazilian, but her maternal and paternal ancestors come from Germany. She has five sisters - one of whom is her twin - and grew up in a stable family environment. When she was still in school, she dreamt of becoming a veterinarian or a professional volleyball player.

At the age of 14, she was discovered by the Elite Model Management agency. It was 1994, and her career took off rather quickly. Her professional portfolio was studded with successes, including countless extras in advertising campaigns, magazines and catwalks. She became known as “The Body” and, with her athletic physique, she was different from the other androgynous models that defined that era.

This was what people knew about the public figure, Gisele Bündchen, but as a model she was very different (at times even disconnected), from the real Gisele. She has never really felt at ease in the role of model, so much so that, almost from the beginning of her career, she created a sort of alter ego, one which was able to model and pose with confidence. She let this alter-ego make the most of the enormous opportunities her work brought her, and she will always be grateful for each and every one..

The real Gisele stayed in the shadows while the model role had to take the lead, and she only began to really express herself as she stepped into the roles of woman, wife, mother, and environmental ambassador. A person who defines herself as simple, happy in bare feet, jeans and a t-shirt, who loves animals and spending time outdoors. She describes herself as a student of life, someone who is always curious, always wanting to know more. A genuinely free spirit who, over the course of her life and career, has learned to listen to her own inner voice, and to recognise the connection between her thoughts, words, and actions.

The key ideas of "Lessons"

Lesson #1: you won’t get anywhere without discipline

Behind every challenge lies a unique and precious challenge (almost always)

Thoughts and words are powerful: we need to learn to choose them wisely

Your body is your home: treat it well and give it the nourishment it deserves

Nature is our biggest teacher