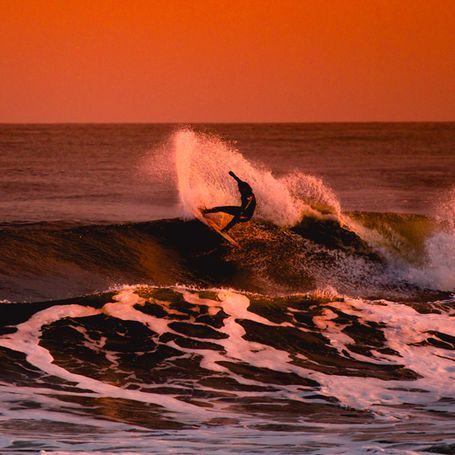 Yvon Chouinard, the founder of Patagonia, is first and foremost a passionate climber and mountaineer. He has invented equipment to promote clean climbing, a climbing technique that respects the mountain environment. In the 70’s, he was among the contributors to the development of the modern technique for ice climbing. His love of the environment and care for the wellbeing of the people he works with have been instrumental in the construction of his enormously successful company and the popularity of his brand.

If we had to choose just one quality to describe the trajectory of Patagonia founder, Yvon Chouinard’s, it would be integrity. His whole life has evolved following the beam of his own guiding star: respect for nature in all its forms

Yvon Chouinard, the founder of Patagonia (a leading brand in outdoor lifestyle and sports apparel), almost struggles to admit that he has always been an entrepreneur. It isn’t easy for him to acknowledge this because it means openly declaring that he belongs to a group of people who are generally hostile towards nature, as well as destructive to more fragile cultures. And yet, he has shown the world that it is possible to be an entrepreneur who pledges his own wellbeing as much as he does for those around him, without selling his soul, and he has done this with his company Patagonia, which is more than half a century old.

The first learning experience of his life really helps us to understand his journey: at 15 years old, together with some friends, he founded the Southern California Falconry Club, where he trained hawks and hunting falcons. This role was about establishing a relationship of mutual respect between man and animal, as opposed to, in his own words, “training a sheep dog using only positive reinforcement and then wondering to yourself: “who is training whom?”

In Chouinard’s life, everything is connected: training falcons led him to learn to climb, because he had to abseil down to reach their nests on the cliffs. The group made their own rappel clothes, lined with leather, and they climbed in trainers. Yvon was soon to fall in love with climbing, and the huge mountains helped him develop both passion and respect for nature. During those years, the European approach to climbing dominated, and reaching the summit was the ultimate goal; the soft iron pitons hammered in by climbers were left behind to make it easier for anyone who came after them. Chouinard decided to follow the American climbing philosophy, whereby climbers left no trace of their presence behind them afterwards: in 1957 he started to make his own pitons to climb the great walls of Yosemite, without realising that doing so was the first step in the foundation of a company that was destined to become an example for generations of entrepreneurs to come.

The key ideas of "Let My People Go Surfing"

If we had to choose just one quality to describe the trajectory of Patagonia founder, Yvon Chouinard’s, it would be integrity. His whole life has evolved following the beam of his own guiding star: respect for nature in all its forms

In the 60’s Chouinard organised his life into two seasons: in the winter he made a small shop out of an old chicken coop where he made equipment that he sold to raise funds to allow him to travel and climb the rest of the year

Managing a clothing company is very different from making equipment; lack of experience and information about the product market led to painful consequences

Chouinard believes that an entrepreneur’s job is to explore the world, test products, and come back to his company with new ideas and precious information

A large company needs managers, cooperative team members and clarity of each person’s role: in the 90’s Patagonia comes close to going bust

The strength and uniqueness of Patagonia lie in the clarity of its values, placed at the foundation of the entire production process and then translated into actions