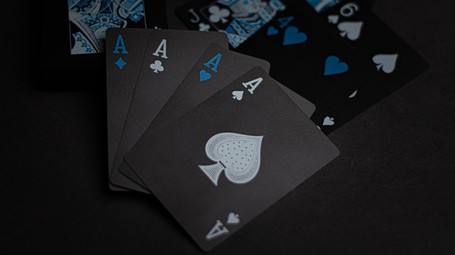 Michael Monroe Lewis was born in New Orleans in the United States of America, and attended Princeton University, where he graduated in Art History. After attending the London School of Economics, he began his career on Wall Street in the 1980s as a bonds salesman at Salomon Brothers. In his thirties, he became one of America’s best-known authors and financial journalists. He has also been writing for Vanity Fair since 2009, specialising in business, finance, and economics. He is especially well-known for his non-fiction work and reporting on financial crises and behavioural finance.

An unhealthy investment banking culture arose on Wall Street in the 1980s, resulting in a senseless environment in which the main objective was to make money at any cost, even at the client’s expense

In the 1980s, Wall Street was the financial centre of the world, and for a time, one trading firm in particular was its undisputed king. This book chronicles the rise and fall of Salomon Brothers, the company’s infamous arrogance, aggressive expansion, and subsequent decline. The book is written from the point of view of Michael Lewis, one of today’s most famous financial journalists, who at the time was a bond salesman for Salomon Brothers, spanning its most influential era.

In order to better understand the unhealthy culture of the time, it is worth starting off with a quick analysis of the environment within the trading companies themselves. Degrees and diplomas, for instance, were largely overlooked, and people relied on their acquaintances, friends, and personalities to get ahead. Even the most intelligent students would often end up as mere analysts, while those who were less brilliant, but extremely confident, were able to secure the coveted jobs as traders. The author’s degree was in Art History, for example, but he managed to keep pace with his peers who had been studying economics while he had been working. He got the job with Salomon Brothers after a chance encounter, and because of his friendship with two women who happened to be married to senior managers at Salomon Brothers.

The recruitment process was often seen as something of a game. The traders knew that the main motivation for applicants was to make money, which was perfectly normal for this kind of job, but they immediately rejected anyone who mentioned money at any point during an interview. Lewis himself was rejected by Lehman Brothers, the year before he joined Salomon Brothers, for this very reason. The recruiters maintained that candidates needed to be attracted by the challenges and above all else, by the thrill of doing business, not by the money.

Salomon had not always been afflicted by this unhealthy culture, and it had once been one of the best companies around, but it gradually lost its identity. In the beginning, the company excelled because the selection criteria enabled the right character choices, but during the mid-1980s the company opened its doors to droves of mercenaries, who had no particular attachment to the business. Instead of fostering loyalty among newcomers, and encouraging them to grow through a monitored training programme, they were told to think of the company as a jungle, and it was believed that pitting them against each other would increase earnings. By then, the only thing that mattered to the company was making money, and this culture encouraged new employees to lose sight of their moral compass, and accept their place as cogs in a machine, rather than human beings in a family business. Senior partners sometimes ridiculed and humiliated new employees, and in the midst of this anarchy, hazing was commonplace, with the bad guys trampling the good guys. Being bossy or a bully was the only way to get anywhere.

A person’s worth in the company depended purely on how much money they could make, so many employees started to think of their clients less as human beings, and more as victims. Salomon’s mission, in theory, was to advise clients on the best investments, but this approach would not always enable the company to make the most money. For instance, traders made money on the fixed transaction fees involved in buying and selling securities, so they would encourage their clients to make as many transactions as possible, despite the fact that this would lose the client any profits they might have made. At other times, when traders needed to get rid of assets that had deteriorated in quality or value, they would push the sellers to convince the client to make a bad deal, masking it as a great opportunity. Sometimes they even lied outright to the sellers, and even deceived their own colleagues.

Since the market was highly complex, and the internet had not yet been invented, people who wanted to invest in the stock market were forced to trust these so-called expert Wall Street insiders. However, when traders or salespeople told their colleagues about how they managed to rip off a client, it earned them respect rather than disdain. This corporate culture was established from the top, and the company’s then-chairman, Tom Strauss, summed this up perfectly when he once said that ‘customers have very short memories anyway.’ The thinking was that, even if a client lost a great deal of money and disappeared, there would always be others who were ready to take their place. However, as we shall see in the following chapters, in the long run, this approach was simply not sustainable.

The key ideas of "Liar's Poker"

An unhealthy investment banking culture arose on Wall Street in the 1980s, resulting in a senseless environment in which the main objective was to make money at any cost, even at the client’s expense

The most powerful traders all worked on the 41st floor of the Salomon Brothers’ building, and were called the ‘Big Swinging Dicks’. They all played Liar’s Poker, a game of chance, which inspired the title of Lewis’s book

Salomon Brothers was not one of the most powerful companies in the 1970s and mainly dealt in bonds. The company also tried to create a new market for trading mortgages, which resulted in a new and very dangerous financial instrument

When the bond market exploded in the 1980s, Salomon became the undisputed king of Wall Street

The culture of profit, status, and excess that grew within Salomon Brothers over the years eventually backfired