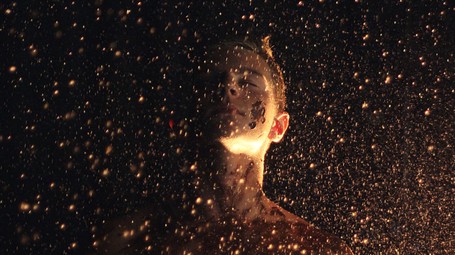 David A. Sinclair was born in Australia, and now lives in Boston, in the United States, where he is a professor of genetics at Harvard Medical School. He is widely recognised as one of the greatest innovators of his generation; Time Magazine named him one of the 100 most influential people in the world in 2014, and one of the 50 most influential people in healthcare in 2018. He is a board member of the American Federation for Aging Research, has received more than 35 awards for his scientific research, and has appeared in numerous scientific and general interest magazines, such as The New York Times, The Washington Post and The Economist.

Growing old is not inevitable: it is a disease that can be treated

Although we now live for longer than we did a few centuries ago, we do not necessarily enjoy a better quality of life: as we get older, we tend to fall ill more often and become more tired, which does not seem like a particularly attractive prospect. There is not much we can do about it, because growing old is an inevitable, natural part of life.

What if it doesn't have to be that way though? What if we could stay younger for longer, and remain physically and mentally fit? What if the conditions we commonly associate with ageing, such as cancer, heart disease, dementia, and Alzheimer’s, were not actual disorders, but rather symptoms of a much bigger, all-encompassing disease? The author suggests that ageing is the most common and widespread disease of all, and as such, it can, and must, be treated.

In addition to the onset of certain specific diseases, as we grow old, our brain functions also start to decline. An elderly body struggles much more to heal from a hip fracture, or even to mend a simple wound. Smoking, for example, increases the risk of contracting cancer by 5 times, but just being 50 years old increases the same risk by 100, and being 70 years old by 1,000 times. This exponential increase applies to many other conditions, such as diabetes or cardiovascular disease: so, there is nothing more dangerous than growing old, but we have allowed old age to get the better of us.

The current trend is to compartmentalise each individual disease into separate categories, but what we really need to do is tackle all the obstacles at once: if we treat ageing as a disease, we will fall ill far less often, and be able to stay physically and mentally active.

This is not just wishful thinking, as we will soon be able to live longer, healthier, happier, and more active lives. The youngest people alive today will, on average, live longer than us, but the current adult generation can also start to slow down the ageing process. One day soon, humans will achieve an average life span of 100 or 110 years.

Death will remain a constant factor in our lives for the foreseeable future, but we will soon be able to delay it significantly. The technologies required to postpone death already exist, but it will be truly momentous when they are actually brought into practice, and will trigger such a major evolution that it will redefine what it means to be human.

The key ideas of "Lifespan"

Growing old is not inevitable: it is a disease that can be treated

“Information Theory of Aging”: we age due to a lack of cellular information

Science and medicine are working to slow down, and even reverse, ageing