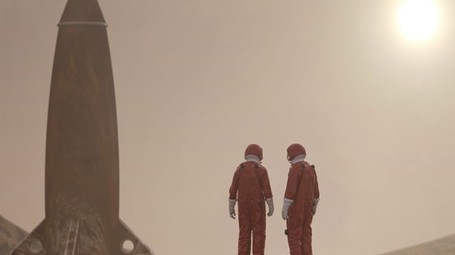 Based in Houston, Texas, Eric Berger is a writer, and senior editor for the Space section of the online magazine Ars Tecnica, owned by Condé Nast Digital. He writes articles on the aerospace industry, NASA activities, astronomy, and other related topics. Previously, he worked for the Houston Chronicle, making it to the finals of the Pulizer Prize selection with an article he wrote on Hurricane Ike. With a BA in Astronomy from the University of Texas and a master’s degree in Journalism from the University of Missouri, Berger founded Space City Weather, and is a licensed meteorologist.

A visionary dream that led to the foundation of SpaceX

Elon Musk has a dream: to go to Mars. Or rather: to build a real, self-sufficient, human settlement, on the surface of the red planet. More than a dream, he is driven by a force inside him that pushes him to achieve this enormous, visionary goal: he has long argued that, for civilisation to have any hope of a long-term future, it has no choice but to expand into other worlds; and Mars is the best place to start. Based on this vision, SpaceX was born. At first, it was a simple start-up made up of a handful of employees working in a half-empty warehouse. Less than two decades later, it would become the first completely private company to launch its own rocket into space.

By the end of the year 2000, Elon Musk was not yet thirty, and he had already come a long way. Since arriving in the United States from South Africa a decade earlier, he had earned one bachelor's degree in economics and another in physics, and had already co-founded two successful companies: Zip2 and PayPal. His focus remained on helping in the quest to travel into space and reach Mars; and so, he had long since begun to comprehensively study aerospace engineering and the functioning of rockets. At the same time, he learned of the shortcomings of the American and world aerospace industry, which suffered from both systemic and financial problems. Musk understood that one of the priorities in this area was to lower the costs of the launch phase: if NASA and private companies were able to spend less money to send satellites into space, they could do it more often, and an increase in the trade would open up many interesting opportunities. Back then, digital transformation was already in place, and had begun accelerating all processes; yet the aerospace sector appeared to be taking a step backwards: American or Russian companies still used decades-old technologies to launch rockets into space, and prices continued to rise. Progress seemed to be almost non-existent, and this is why Musk decided to found SpaceX.

Elon Musk knew that without the support of the right people, he would not get very far. So, interview after interview, Musk hunted high and low for brilliant and creative engineers who had the skill and the stamina required to commit to his goal, and who could help him achieve the impossible. During the interviews, one of his tactics was to ask weird questions that confused the candidates to see how they reacted. Once he found the right person, Musk was then able to share his vision for SpaceX, and revelled in sharing the company aim of turning the whole of humankind into a truly space-travelling civilisation.

The key ideas of "Liftoff"

A visionary dream that led to the foundation of SpaceX

2002: the foundation of SpaceX, the beginning of something great

Elon Musk’s leadership style: talk is not enough, and don’t be afraid to fail

From Texas to Kwaj, the place where the history of SpaceX came to life

Third and fourth launch: from total failure to success, thanks to hard work and a strong team

SpaceX: the private company with the ability to revolutionise the aerospace industry