Home Business and Strategy Lights Out 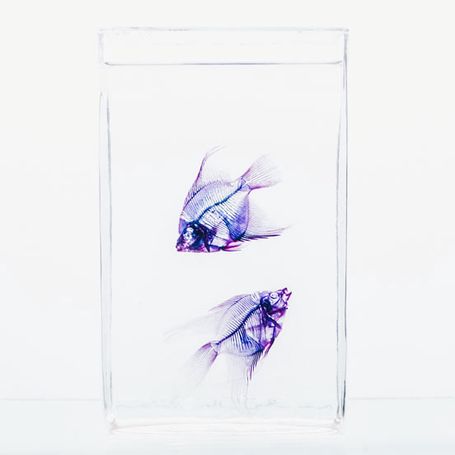 Thomas Gryta writes about General Electric for the Wall Street Journal. In the past, he covered the telecommunications industry for theJournal, and was a Knight-Bagehot fellow at Columbia University. As a journalist, he has also covered the biotechnology sector, and has held general news reporting and copyediting positions. Gryta studied history at the University of Massachusetts, and spent a year studying in Germany. He currently lives in New Jersey with his wife and three children.

Ted Mann is a reporter for the Wall Street Journal's Washington Bureau, as part of a team covering business and government. He was the specialist reporter who followed General Electric and other industrial conglomerates for the Journal’s corporate bureau in New York from 2014 to 2017, and previously covered transportation for the Greater New York section, where he exposed the George Washington Bridge scandal involving former Governor Chris Christie. He is a graduate of New York University.

The rapid fall of America's most valuable company: a prime example of corporate mismanagement

Founded in 1892 by Thomas Edison, JP Morgan, and other partners, General Electric was one of the original companies included in the Dow Jones Industrial Average stock market index, and is the only company to have been included since its creation, for a period which spanned an impressive 110 years.

GE was the first power and electrical equipment company in the US, and almost solely responsible for bringing electricity to the country, powering everything from light bulbs to turbines, and consolidating itself in the minds of Americans in a way that very few companies did before them. For generations, GE has been synonymous with job security, solid investments, and elite business education for managers. From its humble beginnings, it grew to become a real-world colossus.

In 2000, after two decades of leadership under the legendary CEO Jack Welch, GE entered the 21st century as America's most valuable and credible company, valued at $600 billion. The company was involved in a wide range of areas, including media, plastics, aerospace, energy, digital, financial services, and more. In the eyes of many, GE was the best-managed company in the world, and Jack Welch was considered to be the greatest CEO of the 20th century.

Yet, less than two decades later, the GE of times past is no more. After Jack Welch left the company in September 2001, and was replaced by his hand-picked successor, Jeff Immelt, the company began to show a dramatic decline. The precipitous decline in GE's market capitalisation saw the value of the company reduce by 90% in two decades, from its peak in 2000, to approximately $55 billion. The fall of GE has proved to be a prime example of what happens when an overly complex business is poorly managed.

The key ideas of "Lights Out"

The rapid fall of America's most valuable company: a prime example of corporate mismanagement

The hot potato called GE Capital: the bank woven into the corporate fabric

Jeff Immelt’s debut, and the weighty legacy left by Welch