Home History and Philosophy Lives of The Stoics 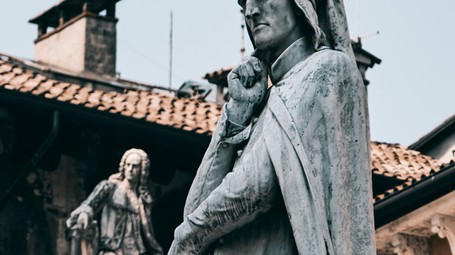 Ryan Holiday is a highly sought-after speaker and strategist and, author of bestsellers such as The Obstacle Is the Way, Ego Is the Enemy, Conspiracy, Trust me, I am Lying and other books about marketing, culture and the human condition. His works have been translated into more than thirty languages and have appeared all over, from the New York Times to Fast Company. Holiday is one of the main thinkers and writers of ancient philosophy and how to apply it in everyday life. He lives in Austin, Texas with his family.

Co-creator of the renowned podcast, The Daily Stoic, Stephen Hanselman has a master’s degree from Harvard Divinity School and is an academic and expert on philosophy. His 30 years of experience as editor and publishing agent have made him a big name in American editoring, and have led to him founding the influential publishing company Level Five Media. He has published several books, some of them with Ryan Holiday; among these are “The Daily Stoic: 366 Meditations on Wisdom”, “Perseverance, and the Art of Living” and “Lives of the Stoics: the art of living from Zeno to Marcus Aurelius”.
IDEA CHIAVE 1/8

According to the German philosopher Friedrich Wilhelm Nietzsche, the main aim of philosophy should not only be to teach us how to live, but also to help us become better human beings. The foundations for this idea were laid in the Stoicism movement, founded by Zeno of Citium around 300 B.C., which stated that intentions are stronger than ideas. Not only that: Stoicism was intended as a philosophy that should offer rules for daily living, applicable to every situation, whatever the status of the person following these teachings. The result is that no other philosophical movement has ever been embraced by as many people from so many different social backgrounds or origins - from emperor to slave - with principles applied to so many varied social and political situations, and with equal efficacy, as was Stoicism during the five centuries in which it was most active.

According to stoic philosophy, we should also pursue virtue and goodness in a broader sense, meaning for the community and our relationships with others, because this is man’s true nature, and we can do so by following these four principles, as written by Zeno:

By committing to living life according to these virtues every single day, the Stoic is able to deal with any situation, by going beyond the things that he cannot change, and playing, to the best of his ability, with the hand that he has been dealt. Despite the fact that this approach to resistance has made the term stoic synonymous with someone who does not complain about their troubles, struggles, or their lot in life, and just gets on with it, at its roots, the stoic philosophy is actually something quite different: Stoics were very active in fighting injustice and they often took a firm stance in the political world to change the lay of the land.

There are four principles guide Stoics towards their true nature, meaning towards virtue, and they must be pursued at all costs; a true follower of Stoicism must:

The power of these four simple life principles lies in their extreme adaptability, and triumphs in the lives of the great Stoics, who were active in the five centuries between the Greeks, and the ascent of the Roman republic, right up to the dark times of the bloody emperors and finally, the enlightened Stoic ruler Marcus Aurelius: as in the whole strand of philosophy that began in ancient Greece, during these five centuries, many different figures were in power, with different characters, from different social backgrounds and with different destinies, but the dominant factor of the Stoic was present in all of them: the pursuit of happiness through self-improvement.

The key ideas of "Lives of The Stoics"

The Stoic school of philosophy was born of the resilience of its founding member: Zeno of Citium

Stoicism and power come together in the luminary emperor Marcus Aurelius