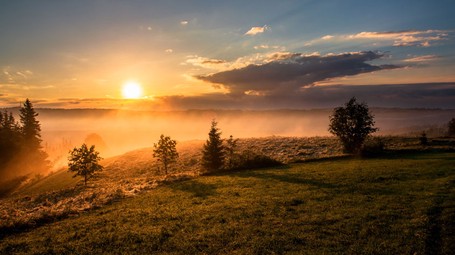 Garrett James Hardin was a prominent and somewhat controversial American ecologist. He is well-known for his 1968 essay The Tragedy of the Commons, in which he expressed his concerns about the possible threat of overpopulation. Hardin pioneered a new generation of ecological economists, and emphasised the importance of ‘giving’ for the well-being of future generations. His theory of liberal political obedience came from the aim of establishing a fair market for the conservation of natural resources.

It may be hard to believe that an increase in the Earth’s population of just two or three per cent per year, which is the average in developing countries, can cause such a significant problem, let alone the less than 1% annual growth rate in richer countries. Demographists, however, point out that the average increase in world population over the past million years has been less than 0.002% per year, but that this has nevertheless led to our current population of 8 billion people. So, there is no such thing as a small growth rate when the number of people inhabiting the Earth is rising indefinitely.

A person standing on the Earth’s surface occupies an area of approximately 0.28 square metres. If we divide the Earth’s surface by the area occupied by one person, the result is 529 trillion, which means that there is room on our planet for 529 trillion human beings. It is often surprising to think, however, that due to exponential growth, a population of 5 billion people that grows by 1.7% per year would only take 686 years to reach this maximum number of individuals and to completely cover the planet’s entire surface area. In reality, it would of course be impossible to live in such confined spaces, but this time frame, just under seven centuries, is the rough equivalent of only 25 generations.

So, we do not need complicated theories to realise that population growth is a problem. Although the issue is delicate and complex, and forces us to make difficult choices, it must be addressed. Turning a blind eye and ignoring the problem will not make it go away.

Growth? Stagnation? Collapse? What does the immediate future hold for the people that currently make up our civilisation? Answering this question is extremely difficult, but one thing is certain: it is pointless simply observing ‘trends’, in order to predict the future, because trends do not provide a reliable indication of the final outcome. If a person living in the Mesozoic era had attempted to predict the fate of dinosaurs based purely on trends, they would have envisaged a thriving future for the species, largely because this had been the case for about 150 million years. Yet what happened to the dinosaurs? Where are they now?

In order to predict the future, and understand what we have to do to protect our planet, we need to look at the basic reasons behind human actions. We also have to measure the resources we have available versus what we actually need, and look carefully at the numbers.

The key ideas of "Living Within Limits"

Humans have lived on Earth for millennia, and from a biological point of view, we behave similarly to viruses

Population growth is a natural process, but it is usually counterbalanced by compensatory factors: if these factors no longer exist, it may seem beneficial at first, but it actually spells disaster for the human race

The problem of overpopulation is often covered up by economic organisations

In order to combat the potentially disastrous effects of overpopulation, we must have the courage to face reality and make tough decisions