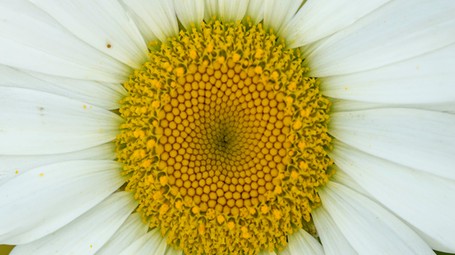 An infant fashion prodigy, Matteo Cambi comes from one of the leading family knitwear businesses in the world. He grew up studying Communications, and had a passion for fashion.  In 1999, he became an entrepreneur and by the age of 22, he had founded his own brand GURU: here he began an unbridled ascent to success, with long working days and heavy nights full of the excesses of the VIP party life, with the likes of Lele Mora and Flavio Briatore. GURU quickly conquered the international market, but success brought with it a somewhat hedonistic life for Cambi, which eventually led to prison. Today Matteo Cambi is back on the straight and narrow: after his community service, he became a first responder, and in 2020 he founded a new fashion brand, Valve.

Born in 1979, Gabriele Parpiglia is a journalist, presenter and television writer, who has made a name for himself in the Italian VIP and gossip circles. After graduating from Cattolica University in Milan, he began a career as a professional journalist, writing for several Italian magazines such as GQ, Chi, TV Sorrisi, Canzoni and Panorama. In recent years, he has also worked on some successful Italian tv shows, such as Verissimo, Big Brother VIP and TikiTaka. Parpiglia writes fiction and biographies, such as Margherita di Spine (The Thorny Daisy) which he co-wrote with its main character and brand founder Matteo Cambi.

Sometimes, behind a successful enterprise can hide the simplest of ideas, the intuition that even with finite resources, fresh ideas have the power to earn a vast following, especially when, as was the case with the GURU brand, the target audience for this enterprise is mostly made up of young people.

It is back to the very concept of simplicity, immediacy and freshness that we can trace both the foundation and the success of the fashion brand GURU.

Founded in 1999 by a young Matteo Cambi, the brand became easily identifiable by the symbol of a six petal stylised daisy and used an extremely simple approach to communicate and be accessible to a vast audience, with its primary focus on young people.

A wave of inspiration had struck its founder, after he had finished his Masters in Communication in America and during which he studied the success of some top fashion brands on both sides of the Atlantic, such as Abercrombie, Diesel and Replay. When analysing these brands, Cambi realised that he wanted to follow in their footsteps, by creating a brand that exploited the same strengths as those he had studied, and in order to do so, certain key components had to be included in his future project:

Starting with these characteristics, Matteo Cambi and his first partner Gian Maria Montacchini, decided to create something new. The final idea came to them from the Italian brand Pickwick, which Gian Maria was already selling in his five shops and which had shown him that even simple t-shirts with a symbol on them could be fashionable and popular with a young audience. While mulling over these ideas one evening over a pizza, the two young entrepreneurs ended up designing the symbol that was the beginning of their epic journey, a stylised daisy with six petals with the brand name of GURU. Even the name followed the simplicity rule that had set the standard for their project, and which Cambi had studied in other brands: GURU is direct, short and easy to remember. The next step came shortly afterwards, when they created a 50% limited company with an initial investment of 40 million Italian Lira (approximately €20,000), which Cambi had been given by his father on his 18th birthday. At this point, the two young entrepreneurs had no idea that the design they had on their hands would soon become one of the symbols of young Italian fashion, unexpectedly reaching such dizzy heights of success, and ending up ruining one of them.

The very basis of the GURU brand shows us how great things can begin with a simple idea, within everyone’s reach, such as a daisy drawn on a sheet of paper while eating a pizza. Of course, making this project a success requires much more than that, and the story that follows proves it.

Using the VIP circuit is not enough: people need to see who is behind the brand

Going out with showgirls gets Cambi lots of magazine covers

After a collapse there is always a rebirth