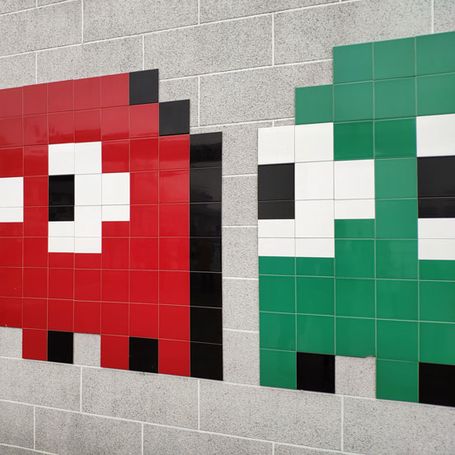 Born in 1968, David Kushner lives in New York, and has written for numerous publications, including The New York Times, Rolling Stone, and Wired. He has also had experience in writing and producing in the music and film industries. Masters of Doom is his first non-fiction book, inspired by his passion for video games. When he was still a child, his brother was kidnapped, and Kushner wrote about this tragic story in his autobiography, Alligator Candy, which was released in 2006, and also led to the making of a podcast.

People’s passion and talents should always be left unbridled, no matter how uncertain the career opportunities may seem, or unlikely the chances of success

Alfonso John Romero, one of the Johns, was born in 1967 in Colorado to an American mother and a second-generation Mexican father. His precocious passion for amusement arcades and video games immensely worried his family who intended a more orthodox career path for him than the one he, as a child, dreamed of pursuing: becoming rich and successful by inventing video games. Romero’s childhood was spent in amusement arcades and playing Dungeons & Dragons, the mythical role-playing game, which to play required nothing more than the rule book, a pen, some paper, and your imagination. He decided that he wanted to possess the key to this imaginary world, which he often turned to as a refuge and escape from his disastrous love life.

In a very short time, Romero, who had essentially taught himself how to program on an Apple II, created his first video game. In 1986, he enrolled in courses at Sierra College, and began dating Kelly Mitchell, who the following year was to become his wife, and to whom he promised he would soon become rich, famous, and successful. His passion for games, fuelled by an intolerance for family rules, combined with his desire for social redemption, led him to secure his first job offer in the world of video games at a young age. Brimming with ambition, he arrived at Softdisk, Louisiana when he was just twenty-one.

John D. Carmack II - the second John - was born in 1970 in Missouri, the second child in a family of science and culture buffs. Carmack also grew up in the world of D&D, and was literally mesmerised by the first video games he saw. Just like Romero, he learned basic programming on the Apple II, and his family was also taken aback by his unusual and all-encompassing talent. At just 14 years old, during an attempt to steal some Apple IIs from a nearby school, Carmack was caught by the police and subjected to a psychiatric evaluation, which concluded: "boy behaves like a walking brain with legs ... no empathy for other human beings".

After serving his one-year sentence in a local juvenile facility, his parents finally bought him an Apple II, and Carmack made the effort to enrol at university. However, he quit after only a couple of semesters as a result of boredom and difficulty fitting in. He decided to support himself by working part time in a pizzeria in order to do the only thing he was truly passionate about: spending as much time as he could on creating outstanding video games. Looking for a job that would allow him to carry on living his life just as he wanted to live it, he programmed an RPG trilogy called Dark Designs for Softdisk - the same small Louisiana company where Romero had already started working, and who wanted him on its staff.

The key ideas of "Masters of Doom"

People’s passion and talents should always be left unbridled, no matter how uncertain the career opportunities may seem, or unlikely the chances of success

Having a PC at home in the 80s was not a common occurrence, and the idea that it could be used to play games was even more unusual

Finding the right channel to launch an innovative idea can be very complex, especially if the time is not yet ripe to fully understand its scope

Id Software was created on the coattails of ​​a marketing model that had never been applied to video games until then: shareware

The infinite worlds of virtual reality: the evolution of programming techniques has made it possible to create increasingly convincing virtual environments

The release of Doom, and the spread of video games, profoundly changed mass culture and the world of entertainment, giving life to a real subculture

There has been extensive social and political debate linked to the effects of the mass diffusion of video games, but no consensus of response, as of yet

Every entrepreneurial project will sink without a clear vision and a solid organisational structure, irrespective of how talented the creators may be

The collaboration between the iconic John Romero and John Carmack, personalities as distant as they are complementary, has left an indelible mark on mass culture