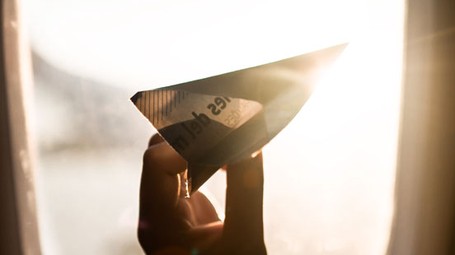 Carl Gustav Jung was an unconventional thinker, psychiatrist, psychoanalyst, anthropologist, philosopher, writer and academic from Switzerland. We owe thanks to Jung for some of the most important discoveries ever made in the field of psychology, such as complexes, archetypes, the functioning of unconscious and conscious dynamics, psychological typology, dream analysis, clinical treatments, and psychosis. He also initiated several studies which include the comparison between physics and psychology, synchronicity, religious symbolism, and many others.

Childhood experiences play a key role in a person’s development

Carl Gustav Jung was, without a doubt, one of the most famous and brilliant psychoanalysts in history. Considered the founder of analytical psychology, his study and research work ended up influencing many other sectors, from psychiatry to philosophy, from anthropology to religion, from literature to archaeology, and from alchemy to astrology.

In this memoir, written with the help of Aniela Jaffé, he retraces the main stages of his life and theories, and offers us a glimpse into the workings of his mind, sharing many episodes, memories and reflections that have never been published before. This is just one of the reasons why we would encourage you to read this book, from cover to cover. Meanwhile, let's recap, from the beginning.

Carl Gustav Jung was born in Switzerland on July 26th, 1875. His mother was an eccentric woman, who suffered from chronic depression and ended up spending long periods of her life like a recluse, hiding in her bedroom, where she claimed to receive visits from mysterious spirits during the night. During the day she seemed to be normal, but when night-time came, she became extremely strange and mysterious. Jung had a much better relationship with his father.

The prolonged absence and depression of his mother had a strong impact on Jung, who ended up forming attachments with unreliable women. His father, on the other hand, led him to believe that only men were to be relied upon, but this idea also left him with a general sense of helplessness. Over the years, he changed his beliefs about men and women, but this created a bias which stayed with him for a long time.

Jung was a lonely and introverted child. He saw himself a bit like his mother, with a split personality: on the one hand, he felt like a student of his time, on the other, an influential and authoritarian man who belonged to a bygone era.

Some of his memories and experiences as a child (together with other research carried out in adulthood) profoundly influenced his future views and theories, including, for example, that of Archetypes or the Collective Unconscious.

Childhood experiences play a key role in a person’s development

Due to differing opinions on various key aspects of psychoanalytic theory, the friendship and work partnership between Jung and Freud came to a halt

After his separation from Freud, Jung went through a challenging time, but fell into a state of “creative illness”

Despite years of emotional turmoil, Jung successfully developed the main concepts of his theory of psychoanalysis, such as Archetypes, The Shadow, The Ego, Individuation, Collective Unconscious, Introversion and Extroversion

Once Jung ended his period of isolation, he began to travel extensively, exploring new cultures and new ideas as he continued his research

Unlike Freud, who had an extremely pragmatic and objective worldview, Jung came to believe that spirituality was essential to human well-being

Carl Gustav Jung died in 1961. Much of his work is yet to be published