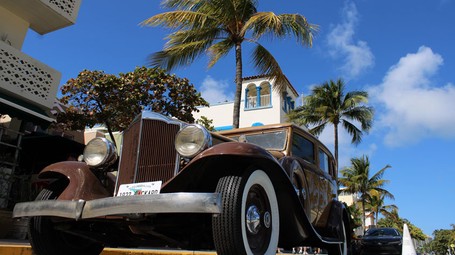 Born in 1939 into a middle class family in Palermo, Giovanni Falcone began to practise law at the age of just 25, and spent the first twelve years of his career in Trapani, before returning to Palermo during the years of the Maxi Trial. He became public prosecutor in Marsala in 1986 and, in 1991, Director of Criminal Affairs of the then Ministry of Justice. Although he experienced a narrow escape in 1989, he continued to work tirelessly. His avant-garde methods and the enormous contribution his work made towards the dismantling of Cosa Nostra made him a key target for the mafia, at whose hands he died, along with his wife and 3 police officers, on May 23rd, 1992.

Throughout her career, French journalist Marcelle Padovani - of Corsican origin - spent a lot of time working in Italy. She began as a correspondent for the Nouvel Observateur, and showed an interest in Italian politics and current events. She spent much of her time reporting on the Italian Communist Party, and published La Lunga Marcia in 1976. During her research she interviewed some of the highest ranking politicians in the Italian government, and her name is still highly regarded in the field of political journalism.

The mafia’s reach has always been underestimated by the Italian state, which explains the inconsistent verve and fluctuating intentions used to combat it

As early as 1875, a parliamentary commission of inquiry had already investigated the mafia and concluded that, although lacking a formal statute and institutional venues, it was extremely pervasive and had infiltrated Sicilian criminal activities, making them very different from ordinary crime. At the time, the State of Italy was young, and its democratic institutions were still immature and divided into many centres of power, which made it incapable of taking on the mafia from one central, organised position.

Although the tentacular reach of the mafia had been clearly understood, during the post-war years its reach was underestimated by the State, who assumed that outside Sicily, it was harmless. The reality was that, after the end of the first "mafia war" from 1962-63, a series of heinous crimes had been committed, which proved exactly how powerful the mafia was and the level of danger it posed. At the end of the ’63 wars, the State managed to force the Cosa Nostra to dissolve the governing body that supervised it. However, in Italy, the period between the 1960’s and the 1980’s was known as the Years of Lead (Anni di Piombo) during which there was great social and political turmoil, marked by a wave of political terrorism by both the far left and far right. This meant that government efforts and resources were focussed on the repression of such terrorism, which left the mafia to carry out their work undisturbed.

In 1980, Cosa Nostra controlled a significant part of the world’s trafficking routes transporting heroin to the United States. The Italian authorities knew how difficult it would be to tackle the mafia head on since, for years, Cosa Nostra had benefited from complete control of political power in Sicily. The police had a lot to lose and little to gain from direct confrontation. So for a long time, the situation was dealt with one case at a time, and through the delegation of powers to individuals or institutions who, however, lacked the means and the strength to adequately respond to the mafia in its vast entirety.

The struggle fell on the shoulders of a few courageous and competent law enforcement officers, to whom the Italian state discharged a level of responsibility behind which it could obscure its de facto absence. In some way, even the very institution of the High Commissioner for the fight against the Mafia (set up following the tragic assassination of General Dalla Chiesa) has become the very expression of this tendency to delegate responsibility from ministries and government to the peripheries of power.

The key ideas of "Men of Honour"

The mafia’s reach has always been underestimated by the Italian state, which explains the inconsistent verve and fluctuating intentions used to combat it

There are many reasons why the Italian state failed to quash the mafia. Most of them point to a lack of cohesion and coordination

It is time to dispel the myth of the old and new mafia. There was never an old mafia which acted on behalf of the community. They are a criminal organisation spread throughout Sicily, with connections all over the world

The mafia is engaged in lucrative and varied activities, to the exclusion of politics and gratuitous violence

The “pentiti” (meaning the repentants) have been a key source of information on Cosa Nostra, but they have never been offered any kind of state protection

Since the testimonies provided by the pentiti, and the hard work of Giovanni Falcone, enormous progress has been made in the methods and means used to take down the mafia