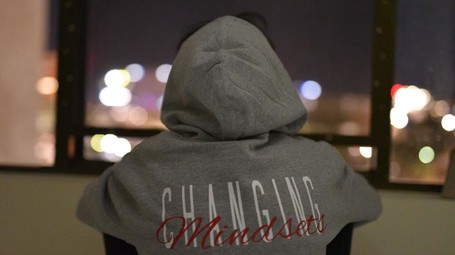 Stephen Guise is an author, blogger and entrepreneur who lives in Orlando, Florida. He specialises in behavioural change strategies, and uses an approach that most people can easily apply. His international best-selling books have so far been translated into 21 languages. His books are often based on his own personal experience, and include Mini Habits, How to be an Imperfectionist, Elastic Habits, and The Magic of Momentum.

It takes time to change our habits, and we usually have to go through a long process of trial and error in an attempt to find the best method for us. Even so, this is often still not enough, because we are faced with so much resistance that we are unable to change our behaviour. This is exactly what happened to Stephen Guise when he decided to turn his life around and get fit. Despite setting himself a very precise objective, he was sometimes unable to summon up the motivation, and was too easily discouraged. As he gradually became more and more frustrated with the situation, he eventually found the drive to initiate change: one step at a time, he moved closer to his goal and completely transformed not only his daily routine, but his entire way of thinking and behaving. All this was possible thanks to just one simple decision: instead of doing twenty or thirty push-ups, he just did one, but this single push-up completely revolutionised his life.

Guise’s method is based on what he calls 'mini habits', which are small actions that do not require much willpower, and that make us feel good straight away. He maintains that they enable us to transform our daily life and implement changes that for a long time had seemed impossible, such as working out in the gym or going for a run, eating a healthy diet, reading more, and so on.

The key ideas of "Mini Habits"

Intentions count for nothing: doing a little is better than doing nothing

Almost 50% of all human behaviour is connected to our habits

Stress is the enemy of change and increases negative behaviour

The brain acts both consciously and subconsciously

Simply being motivated is not enough to achieve a goal

The most successful strategy is based on willpower, which beats motivation

Ego depletion has five main causes, which can all be solved by forming mini habits

Our brain is programmed to resist change, but there are ways to overcome this obstacle

Eight steps to implementing mini habits in our everyday life