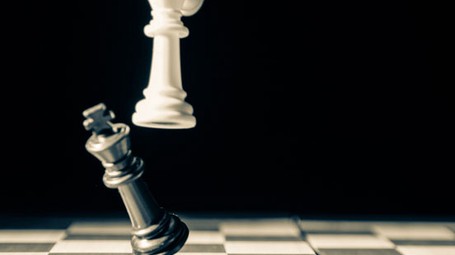 Deepak Malhotra is an economist and Professor at Harvard Business School. He is an expert in negotiations, conflict resolution, and developing empathy. He is a consultant for companies around the world, as well as governments seeking to negotiate armed conflict resolutions. He has won numerous awards in teaching and research; in 2014, he received recognition as one of the best business school professors in the world under 40 years of age. In 2020, he was named MBA Professor of the year by Poets & Quants. His research has been published by the key magazines in the field of management, psychology, conflict resolution, and foreign policy.

Negotiations involve human interaction between two or more people, who are aware of having different interests and points of view, and are trying to reach an agreement

To better understand the contents of this book, we must first start with the concept of negotiation itself, which is to be interpreted in the widest sense of the term. Irrespective of the situation we find ourselves in, whether it be a question of international diplomacy or a newlywed couple, negotiation is, fundamentally, a question of human interaction.

Negotiating means engaging with others, in such a way as to achieve mutual understanding and reach the best agreement possible, well-aware of the difference in interests, ideas, and goals that are in play.

Stalemate means a situation brought to a halt, in which the parties are making conflicting requests, resulting in a tightening of positions and a lack of willingness to make concessions and meet half-way.

Conflict  refers to a situation in which the parties have opposing interests or ideas, whereas ugly conflicts are situations presenting serious hurdles or ones perceived to be particularly difficult to overcome (such as situations where there is hostility, resentment, or a lack of trust, for example).

There is a way to overcome both stalemates and ugly conflicts, utilising three types of leverage capable of moving mountains: framing, process, and empathy.

Framing refers to the power that decisions have over us. The way we choose to present our proposal is just as important as the proposal itself. Choosing the right frame, carefully selecting the way we articulate, structure, and present a proposal during negotiations, can make all the difference to how it is perceived by the other party.

It is important to pay attention to the process if we wish to obtain positive results from a negotiation: it is much more important to intelligently organise the negotiation process, than it is to obsess over the substance of the agreement.

Lastly, we must not underestimate the power of empathy: miracles can happen when we truly try putting ourselves in the other side’s shoes and try to understand their needs and point of view.

The key ideas of "Negotiating the Impossible"

Negotiations involve human interaction between two or more people, who are aware of having different interests and points of view, and are trying to reach an agreement

The power of framing: changing the way you frame a proposal can also change the way in which it is perceived

Pay attention to the process: a good negotiator doesn’t simply think about what they want to get out of the agreement, but also how they will get there, creating a map with all the necessary components

Do not underestimate the importance of staying at the negotiation table, even when relations seem completely compromised

The power of empathy in negotiations: understanding the other party’s point of view is crucial (but doesn’t mean you have to approve of it or justify it)