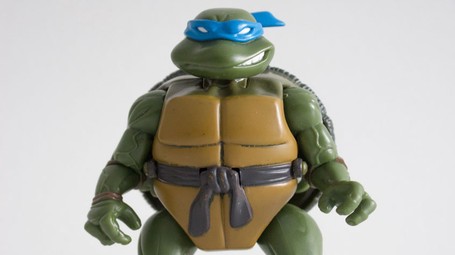 Larry Kendall is a founding partner and chairman emeritus of The Group, Inc, which has been recognised by REALTOR® Magazine as one of the most productive real estate companies in America, based on transactions per salesperson. Kendall created Ninja Selling, a sales training system with over 60,000 qualified “Ninja Sellers” worldwide. He has a master’s degree in business administration, and has been involved in real estate sales for over forty years.

How Ninja Selling changes our perspective, and turns a salesperson from a self-centred samurai into a customer-oriented ninja

Ninja Selling is an approach created by Larry Kendall to help real estate professionals acquire mental discipline, focus, lead generation techniques, and relationship building skills, in order to earn the income they deserve and offer the best value to their clients.

It is a system that anyone can understand and implement and that, when applied, delivers reliable results, regardless of the salesperson’s personality type, gender, or charisma. Anyone can use Ninja Selling to achieve maximum business and financial success, increase their hourly earnings and offer the greatest possible value to buyers. Best of all, Ninja Selling is not just for real estate professionals, but can in fact be applied by sellers in all fields, and by anyone who wants to improve themselves.

Larry Kendall’s method takes its name from ancient Japan, where the aristocratic, expert fighters known as samurai protected the emperor in exchange for the best clothes, food, shelter, and weapons. Eventually, all these advantages made the samurai lazy, self-centred, and selfish, which resulted in them neglecting their duties. Concerned for his own personal safety, but not wanting to anger the samurai, the emperor arranged for his gardeners to be trained in the martial arts. Known as ‘ninjas’, the emperor’s gardeners began to take part in dangerous night missions while returning to their humble gardening work during the day. In this way, the ninjas became the best fighters: efficient and lethal, but not selfish and arrogant like the samurai.

Many modern salesmen behave like the ancient samurai: driven by their egos, and the desire to get rich, they do not care about their buyers. In particular, the predominant sales philosophy is centred on what Kendall calls the ‘depression-era mentality’, an approach that takes advantage of scarcity, and uses manipulation, and sometimes deception. Consequently, most sales training courses focus on pressurising the customer, cold calling, and techniques aimed at simply closing as many deals as possible. With Ninja Selling, Kendall draws on his own personal experiences and incorporates the lessons of gurus such as Tony Robbins, Robert Kiyosaki, and Marshall Thurber. It is the antithesis of classic selling: ninja salespeople are not pushy or aggressive, but ‘sell without selling’, focussing not on themselves, but on their customers, and working to offer them maximum value.

People love to buy, but hate it when salespeople try to sell them something. The secret, therefore, is simply to stop trying to do the hard sell, as though we must sell at all costs. Kendall suggests following the Pareto principle, which focuses on the 20% of customers who provide 80% of the results. His method helps sales professionals with three keys to success:

The key ideas of "Ninja Selling"

How Ninja Selling changes our perspective, and turns a salesperson from a self-centred samurai into a customer-oriented ninja

First principle of Ninja Selling: working on self-mastery and striving for excellence

The third principle of Ninja Selling: the ‘Ninja Nine’ is based on five daily and four weekly habits, which make up the Ninja Business Strategy