Home Startups and Entrepreneurship No Filter 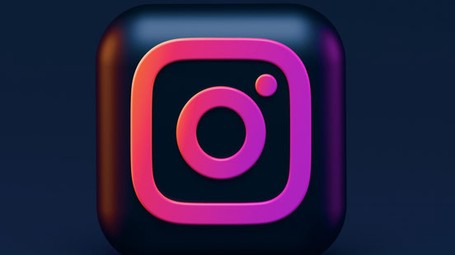 Sarah Frier is a journalist for Bloomberg News, and an expert in technology. A key part of her work is analysing how social networks can influence and change society. Her book “No Filter” was voted the best business book of 2020 by The Financial Times and McKinsey & Company.

Before Instagram: the idea for Burbn, an app to let friends know where you are, and invite them to join you

Kevin Systrom was still a student at Stanford University when he was approached by Mark Zuckerberg, in 2005, who offered him a job developing a tool which allowed users to add photos to their profile on a website called “thefacebook.com”

Systrom thought about it, but he turned the offer down: he didn’t think the concept would really take off. And, at the time, he had other plans: Kevin Systrom wanted to graduate and launch his own startup in Silicon Valley.

So he decided to go and study abroad; he packed his bags and set off for Florence.

Systrom was an engineering student and a passionate photographer, and once in Florence, had the opportunity to work on his photography skills, starting with using a real camera: “you need to learn to embrace imperfection”, one of his teachers told him, and this is how Kevin Systrom learned that photos could be taken without the use of sophisticated equipment. The camera he used, following the advice of his professor, took square photos, which once in the editing room, could be turned into actual works of art. This experience in Italy might have been one of the first flickers of inspiration behind the idea for Instagram.

When Kevin Systrom went back to the United States, he continued his studies and did some work experience at Odeo, an audio and video company, where a group of his friends were about to launch Twitter. This is where Systrom met Jack Dorsey. The two hit it off, and soon became friends.

After he graduated, Systrom went to work at Google, and in his free time, he learned to develop smartphone apps. Undoubtedly, the launch of the first iPhone opened up a world of possibilities for app developers.

Thanks to Apple, in 2007, smartphones completely changed the way the world uses the internet. It meant that everyone could carry the web in their pockets, locked into a slim and sophisticated little device, which quickly became part of many people’s everyday lives. Developing apps for iPhones became a favourite way to spend their free time for many engineers and Silicon Valley tech lovers. Kevin Systrom had an idea: an app which allowed users to tag themselves and let friends know where they are; they can share their position and invite other people in the same place to join them for the evening. The app was called Burbn, inspired by the Kentucky whisky, of which Systrom was a big fan.

The key ideas of "No Filter"

Before Instagram: the idea for Burbn, an app to let friends know where you are, and invite them to join you

Instagram was created as a photo sharing app, in which filters turned pictures into works of art

Instagram’s success: from a simple app to mainstream social media, until even the President of the United States is using it

The Instagram culture is based on three pillars: community, simplicity, and creativity

The rise of Snapchat, an alternative to the ostentatious perfection of Instagram

Advertising was initially focussed on quality: a few, well-made adverts