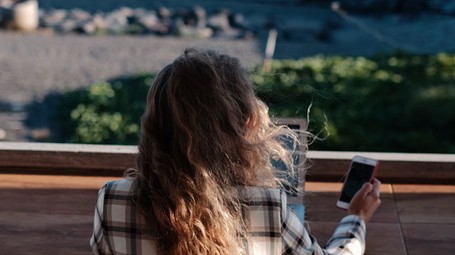 Jessica Bruder is an investigative journalist who writes about subcultures and social issues. In addition to Nomadland – which she prepped for by spending many months living in an RV - she is also the author of Burning Book: a Visual History of Burning Man, and co-author of Snowden's Box: Trust in the Age of Surveillance. She teaches narrative storytelling at the Columbia Journalism School, and has been writing for the New York Times for over ten years. Her work has also been published in New York Magazine, WIRED, Harper's Magazine, The Washington Post, The Associated Press, The International Herald Tribune, The Guardian, and The Oregonian. She graduated in English and French from Amherst College, and has a Master’s degree in magazine writing from Columbia Journalism School.

The new nomads that are “surviving” America: not homeless, but houseless

Vagabonds have been around forever, and go by many different names: nomads, wanderers, homeless people, or simply restless souls. But today a new type of wandering tribe is emerging in the United States. People who never imagined they would be nomads are setting out on the open road. There's a former San Francisco cab driver who unloads trucks full of sugar beets, a former McDonald's vice president, who lost his home, and now sells beer and burgers at baseball games, and a former software executive who lost his savings in the 2008 crash, and was left homeless after his divorce: he now lives with his dog in a 1990 Airstream, and works in an Amazon warehouse. And there are other nomads who harvest raspberries in Vermont, apples in Washington and blueberries in Kentucky, or guard the gates of the oil fields across Texas.

Some saw their savings wiped out by bad investments, or their retirement funds vaporised with the market crash of 2008. Others had not created a safety net big enough to weather some of life’s inevitable storms such as divorce, illness, and injury. Some were fired, others - a small percentage of the youngest - could not find the job they had studied for, despite their educational qualifications. They are all people who have given up their homes to live in vans, caravans, and motorhomes. They don't want to have to choose between food and dental care, mortgage payments and student loans. Some call them "homeless", but the new nomads reject that label: equipped with both shelter and transportation, they refer to themselves as "houseless".

Judging by their appearance, it would be easy to mistake many of them for carefree retired campers - after all, the vehicles they live and travel in are called "RVs", an abbreviation of "Recreational Vehicles". Often, they are middle class people who blend in with everyone else in cinemas or restaurants when they decide to indulge in a night out. The difference is, these people wash their clothes in laundromats, and do hard physical work to support themselves and maintain their vehicles. These people are surviving America, but for them, as for anyone else, survival is not enough, and their lifestyle choice has become a deafening cry for something greater. They need hope, and there is hope on the road. There is a sense of opportunity, a deep belief that something better will come. These people manage to survive in America thanks to an on the road community where they help each other, and where they can still feel free.

The key ideas of "Nomadland"

The new nomads that are “surviving” America: not homeless, but houseless

The biggest seasonal work program for nomads: CamperForce by Amazon

From blogs to large gatherings such as the “Rubber Tramp Rendezvous”: how the new community of nomads feed themselves

Most nomads are white: for black people, this choice of lifestyle might be risky