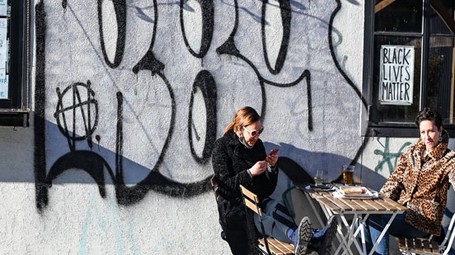 Shana Knizhnik is a lawyer and a writer from Philadelphia. In June 2013, while she was studying law at New York University, she started the blog Notorious R.B.G., which rapidly became immensely popular, and attracted a furore of media attention. In 2016, Knizhnik was also included in Forbes’ top 30 under 30 media talents.

Irin Carmon is an Israeli-American journalist and commentator, who currently works as a senior correspondent at New York Magazine. Born in Israel and raised in Long Island, she has a degree in literature from Harvard University. Previously, she was a national reporter at MSNBC and NBC News; and her work has appeared on major digital media and platforms. Carmon often deals with topics related to women’s rights and leadership. In 2011 she was included among Forbes magazine’s 30 under 30 top talents in the media.

Ruth Bader was a passionate young reader whose mother taught her an important lesson: get a good degree instead of a good catch

Ruth Bader was born in Brooklyn in 1933, to Jewish immigrants from the Ukraine. Her childhood and adolescence were similar to most children of her age, even though they were marked with pain and suffering. When she was just two years old, her older sister died of meningitis; when she was only 13 Ruth learned of her mother being diagnosed with cancer. Kiki (her nickname) was brave and reserved in the face of these painful challenges; she didn’t want people to feel sorry for her. Since she was young, Kiki had been an avid reader; once a week her mother used to leave her at the local library while she went to the hairdresser, and this is where Kiki would immerse herself in the world of books, and choose which titles she wanted to take home with her. Cecilia (her mother) was an intelligent woman with an aptitude for studying, who graduated high school with top marks, but wasn’t able to go on to University: her family was focusing on sending her brother. He was destined to pursue a career, while she, being a woman, could only aspire to becoming a good wife, and with the money that she earned as a bookkeeper, she could help her brother pay for his studies.

Cecilia had a different dream for her daughter, a dream in which she could study, become a teacher and become an accomplished professional. Ruth worked hard during her high school years and achieved excellent results. Unfortunately, her mother died the night before Ruth was due to graduate. Cecilia left her daughter with both a moral and material legacy. From a moral standpoint, her mother taught Kiki two principles, which she would carry with her for the rest of her life: to be independent, and to be a lady. Her mother explained to her that being a lady meant never allowing yourself to be swept away by negative emotions, to be true to your beliefs, and to maintain a deep sense of self-respect. The second thing Ruth’s mother left her was money: when she died, Kiki inherited $8000 that Cecilia had saved, with much patience and sacrifice, for her daughter’s education.

The key ideas of "Notorious RBG"

Ruth Bader was a passionate young reader whose mother taught her an important lesson: get a good degree instead of a good catch

University, marriage and the first impact with the working world: a hostile place for women

Studying and pursuing a career while raising a family

RGB’s strategy: changing the law one case at a time and helping people understand that gender equality benefits everyone, not just women

Her nomination as Supreme Court Judge: RBG was the second woman in history to fulfil this role

2013: the year in which Ruth Bader Ginsburg became the Notorious RBG