Home History and Philosophy On the Shortness of Life 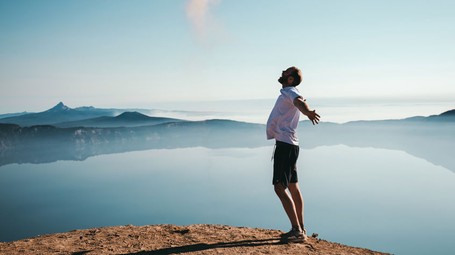 Lucius Annaeus Seneca is one of the best known philosophers of all time. Born in Cordoba, Spain, in 4 BC, he later moved to Rome to complete his studies. He was a pupil of the neo-Pythagorean Diction of Alexandria, and the Stoics Atticus and Papirius Fabianus, and he continued his philosophical studies to become a teacher of rhetoric. He then became involved in politics, and was appointed quaestor by Caligula. Nero sentenced him to death in 65 AD, and Seneca’s defiant response was to commit suicide before hand.

Life is not short: the truth is that we waste most of it on activities that have no real value. Seneca’s message has spanned two millennia, and is still as relevant as ever

As Italo Calvino once said, a classical text has the power to endure throughout the centuries, and help us understand the present. Although Lucius Annaeus Seneca could not possibly have predicted the complexity of life two millennia after his own time, in his tenth Dialogue, he addresses some of the difficulties we actually still face today, particularly those concerning time. As was the case in Seneca’s era, we still believe that life is not long enough to allow us to fulfil our potential, that it slips by too quickly, and that it is too short for us to achieve true happiness.

Seneca’s tenth Dialogue is addressed to Pompey the Great, who at the time was the prefect of the annona, in other words, he was responsible for the harvest and distributing grain. As well as being Seneca’s father-in-law, Pompey was also a friend, and this friendship shines through clearly in the Dialogue. Seneca advises Pompey to give up his public activity and retire to private life, in order to focus on what is truly important to him, because contrary to what people believe, life is not short, and if we are able to live it to the full, our life can be very long indeed.

The key ideas of "On the Shortness of Life"

Life is not short: the truth is that we waste most of it on activities that have no real value. Seneca’s message has spanned two millennia, and is still as relevant as ever

The life we are given is not short, but we often make it seem shorter by wasting time on pointless activities

We only actually experience a small part of life, and everything else is just time passing us by: humans perceive and embrace authentic life so superficially that it makes us feel that life is short and futile

Everyone’s life will come to an end eventually, but Seneca urges us not to face death with sadness, but peacefully and calmly, and this is only possible if we have truly lived

In order to live wisely in the present, we need to focus on the past and the future, without wasting energy on fleeting desires and pointless nostalgia

Time is our most precious commodity, yet it is also the easiest to waste. People who focus on their wealth often do not treasure the one asset that cannot be bought: time