Home Society and Culture On Tyranny 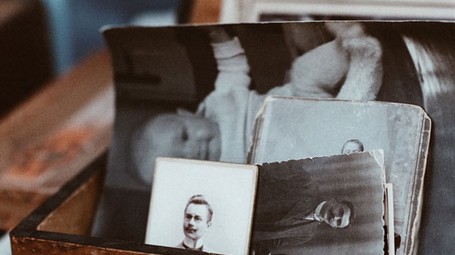 A native of Ohio, Timothy Snyder is a professor of history at the US University of Yale, and a permanent member of the Institute for Human Sciences in Vienna. Specialising in the Holocaust and Central and Eastern European history, he has written several books on twentieth-century European history, some of which, such as Bloodlands and Black Earth, have received literary awards. Snyder also writes for the Times Literary Supplement and the New York Review, and is part of the Yivo Institute for Jewish Research.

Look to history for warning signs, and avoid repeating past mistakes

There are two anti-historical ways of looking at the past. The first, which we have allowed ourselves to accept for some time now, is that of the politics of inevitability, according to which history can only move in one direction: liberal democracy. Convincing ourselves of this, we lowered our defences, and paved the way for the very regimes that we had convinced ourselves would never be able to return. This type of politics is like a self-induced coma: once accepted, we are convinced that the story was indeed inevitable and, therefore, no longer relevant; that nothing can really change, and that chaos is sooner or later absorbed by a self-regulated system.

The second is that of the politics of eternity, which does look to the past, but does so in an egocentric way, devoid of any concern about the real facts. There is a desire to go back to past times, even though they were actually disastrous, or never actually existed in the first place. Brexit is an example of this, in that it was the product of the desire of one group of people to return to a British nation that never really existed: from the British Empire, Great Britain transitioned straight into becoming a member of the European Union.

The only thing capable of interrupting these mechanisms is history itself: history affords us the opportunity to glimpse patterns and warning signs, and thus act responsibly. It never repeats itself in exactly the same fashion, but it can forewarn and instruct subsequent generations.

Referring mainly to the United States, the author provides 20 lessons selected from events occurring in the twentieth century, adapting them to the circumstances of today. He argues that regimes, such as fascism and communism, were born in response to globalisation, and the inequalities (either real or perceived) that it created, and the apparent inability of democracies to deal with them.

The key ideas of "On Tyranny"

Look to history for warning signs, and avoid repeating past mistakes

Obedience, opposition, oppressive parties: there needs to be a fair dose of mistrust and determination amongst citizens

Democracy is defended by institutions, non-governmental organisations, and people's open-mindedness

From professional ethics, to the use of symbols: support for democracy is also a matter of responsibility

The symbology of language: finding your own voice, and not falling into the trap of words

Truth, and the constant search for facts and sources, are the real weapon against tyranny

An active political life must be led in and among the people, but without ever compromising our privacy

Those who have guns have great power: it is important to oppose ambiguous or exceptional demands