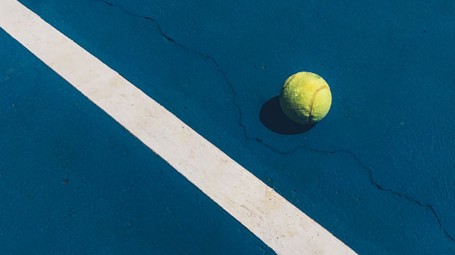 With a dazzling career spanning from 1986 to 2006, Andre Agassi is one of the leading names in the world of tennis. A sporting child prodigy, thanks also to having started training at an early age, Agassi played the courts of the most prestigious tournaments, and was one of the few tennis players to have won both a Grand Slam (the four most prestigious tournaments in the world) and an Olympic gold medal, scoring a so-called Golden Slam. At the end of his brilliant and much-discussed sporting career, he decided to retrace his journey in the bestseller Open: An Autobiography, from his early tournaments, to his marriage with tennis player Steffi Graf, and the last US Open in which he participated in 2006.

Many successful sports people’s careers are rooted in early childhood

It seems incredible, but Andre Agassi, one of the most talented and famous athletes in the world, hates tennis – the very sport that made him famous. He makes this statement at the start of his sporting autobiography and repeats it numerous times throughout, perhaps not even believing it himself: despite playing tennis for twenty-nine years, he hated it until the very end, when he went on court in the 2006 US Open, before finally bidding his racket farewell once and for all.

This hatred is deeply rooted in his infant tennis life, dating back to his earliest childhood memories. Son of former Olympic boxer Emmanuel Mike Agassi, originally Iranian before being naturalised as an American citizen, he was introduced to the tough discipline of tennis from a very young age: his father, who worked in a Las Vegas casino at the time, built a tennis court in the garden of their family home to train his four children Rita, Philly, Tami, and Andre, subjecting them to tough and tiring training sessions. It doesn’t take long before Mike Agassi focusses all of his attention on the youngest, Andre, who proves to have a natural talent for the sport. Thus begins both an ordeal and fantastic journey that takes André through to becoming a child prodigy.

Training sessions started from a young age on the family’s personal court: Andre is forced to train hard and systematically, with a tennis ball machine made by his father, and a net positioned higher than regulation standard, because if he is able to play well with that, it will be even easier on a normal court. Mike Agassi’s obsession is so great that it leaves little room for anything else in the boy’s life: from the age of four, his free time is dedicated to having hits with professional tennis players, including his idol Björn Borg. Gradually, the importance placed on his training negatively impacted his academic performance, as the hours spent in the classroom were deemed as time that could have been spent better training on the tennis court.

It is during this period that the hatred for the sport started to take root in Andre Agassi’s heart, and was never to subside: his father’s violent and overbearing nature meant that Andre was not allowed to make any of his own choices, forcing him to follow only one path, as defined by his father, without any say in the matter. Furthermore, tennis was an enormous weight on his shoulders from the very start: considering his siblings showed no natural talent for the sport, Andre was the only one capable of giving his father satisfaction. Lastly, the family invested the little money they had in Andre’s future career, hoping for a big payoff as a result of this choice.

When Andre turned eight, Mike Agassi decided that the time had come for him to move from the tennis court in the privacy of his own home to that of the courts of various tournaments held around the United States, one weekend after the other. It was a daring choice that ended up paying off: thanks to the endless and arduous training he had been put through, Andre won his first seven events in the under 10s category. This is also the moment when he suffered his first defeat, the bitterness of which was never to leave him throughout his long career: during the Morley Field tournament in San Diego, he played against a boy named Jeff Tarango, who won by cheating. This event deeply scarred Andre, and he carried it with him throughout the years, until one day, as an adult and a professional tennis player, he encountered Tarango once again, vindicating himself by serving Tarango a humiliating defeat. To further strengthen the ties between his son and the sport, Mike Agassi found nine year-old Andre a job as a ball boy at the Alan King Tennis Classic: it was an excuse to find professional tennis players against whom Andre could play in his off time. It was here that Andre met his first love, Wendi, who was a fellow ball girl at the tournament. Despite their young age, the relationship between the two was to remain strong, with Wendi popping up in the tennis player’s life periodically, as a partner and friend. In conjunction with this job, Andre started playing for prize money, scraping together enough to treat himself to soft drinks and, from time to time, for his father to place bets on games he played against adult players - including Jim Brown, the American football champion, who Andre beat easily. It was also at this time that Andre met his childhood friend Perry Rogers, who would then go on to become his lawyer, amongst other things: they met after a match that did not go well for Agassi, and initially they did not get along, but soon became inseparable.

The key ideas of "Open"

Many successful sports people’s careers are rooted in early childhood

A good education can help a sporting talent become a professional

For an athlete, a professional career can start as a teenager

Sometimes periods of defeat can lead to important victories

It is hard, but you must understand when to stop and start afresh

The unexpected can happen, even when all seems lost

As in any sporting event, the end of a career is just as important as the event