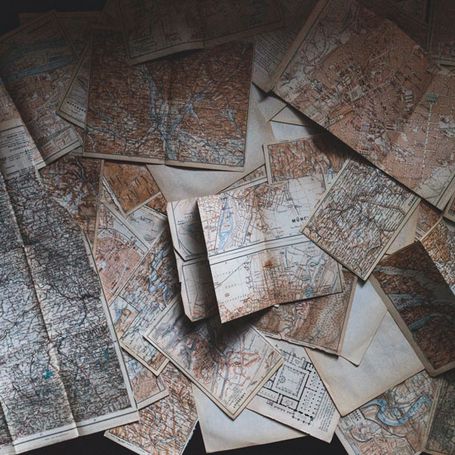 David Gilbert Christian is an American historian and author. Initially specialising in Russian history, he is known today for having coined the name Big History for the discipline that examines history from the Big Bang to the present. He taught his first university course on the subject in 1989, and the revelation was this new, multidisciplinary approach to offer a new perspective on the history of our world, including cosmic, biological, and geological history with a focus on the whole universe, rather than simply on humans. Today Gilbert Christian continues his work with the support of Microsoft founder Bill Gates, and has written several publications including Big History: Between Nothing and Everything, and Origin Story: A Big History of Everything.

It is time to write a new history of where we come from, this time in a modern key

The history of our beginnings is extraordinarily important to our culture and heritage: ever since ancient times, we have tried to explain the world around us and understand where we come from. It is not difficult to imagine the first groups of men sitting around a fire, telling stories and trying to attribute some kind of meaning to their lives. The fact is that we, as human beings, are driven from deep within in our relentless search for information. We are critical thinkers with a strong desire to know, explain, and to learn: our thirst for knowledge and the information we have gathered until now, as well as the ways in which we have reacted to what we have learned, is the reason for our very survival.

As societies have developed over the years, so have the number of traditional stories we tell about where we come from, up to a point where they can offer us various explanations for the origin of the planet and of life on Earth, depending on the dominant culture in each geographical region. In the past, when it was more difficult for people to communicate on different sides of the globe, these stories were widely accepted, but today’s modern technology allows us to study any culture anywhere, and so we begin to ask ourselves certain questions. We wonder about the origins of our planet and life on it, and our common curiosity unites us all and encourages us to share our stories.

For a long time, our stories were spread through religion, delivering the message that our planet was created by a deity. However, new global technologies and greater understanding of science and nature have made these narratives difficult to believe or accept.

This story is difficult to accept for two main reasons – all humans share a common history as a species, and explaining it according to one single culture or religion is not considered to be a scientific solution – we must finally begin to rewrite an Origin Story that is a version of those traditional stories told over thousands of years, but it should include scientific data that can really grasp the true meaning of humanity: the humanity that is common to us all.

To do this, we must shift our gaze from the study of events in particular areas of the world and broaden the scope to the entire universe, to the cosmos, to the beginning of life on the planet and its biosphere. We should do so by following the evolution of our species as a unique biological phenomenon, looking at the changes it has brought to the planet. To open our eyes and minds to the history of mankind, we must look at the history of everything that surrounds us.

The key ideas of "Origin Story"

It is time to write a new history of where we come from, this time in a modern key

It all started with the Big Bang, and the forces that set it off

Life originated 3.8 billion years ago from LUCA, “the last universal common ancestor”, and from prokaryotes

The world became global out of the necessity to find new lands, which led to the Anthropocene