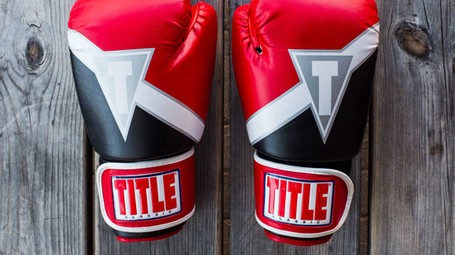 Malcolm Gladwell is a Canadian sociologist and scientific journalist. He has worked for the Washington Post, where he was the head of their New York office. He has collaborated with the New Yorker since 1996, with some of his bestsellers deriving from his articles, including The Tipping Point: How Little Things Can Make a Big Difference and Blink: the Power of Thinking Without Thinking. He has received an honourary degree in literature from the University of Waterloo, and currently resides in New York.

“Outliers” are things or people that are out of the ordinary: discovering how these anomalies arise can help in understanding the logic behind who succeeds and who doesn’t

Roseto is a small town in the province of Foggia, located 160 kilometres from Rome. Towards the end of the 1800s, a group of its inhabitants emigrated to the United States in search of their fortune. They settled in so well, that they were soon followed by a substantial number of inhabitants from their hometown, who also decided to emigrate to the New World. In 1894, there were no fewer than 1,200 people from Roseto who had applied for an American passport. They all worked in a slate mine, and bit by bit, they built a small town which they decided would also be called Roseto.

All of the inhabitants of this small town were renowned for their good health; the mortality rate was 30-35% less than that of the Americans, there wasn’t any suicide, drug addiction or alcoholism, and crime was extremely low. The Rosetans died from old age!

Roseto became the focus of a number of medical and research studies, and came to be defined as an outlier, namely, an anomaly, in whose case customary rules did not seem to apply. Outlier is a term that indicates a figure in statistics that is very different to other values in a sample group and does not fall within normal parametres (as well as the term from where this book takes its name).

Doctors and researchers wanted to understand the secret behind the Rosetan’s good health. it was not linked to diet or exercise, nor was it a question of genetics or the specific geographical positioning of the town in which they lived. After in-depth studies and research, the conclusion reached was as simple as it was surprising: the Rosetans lived well (and died of old age) because they lived in a small, tight-knit community, in big families that all helped one another, and lived in harmony. Their good health was the result of having built their own little world, with a strong social structure that made them feel safe and protected.

This was a revolutionary discovery, as no one in the medical field was accustomed to thinking of health in terms of community. For the first time, people’s well-being was not just a fact revolving around individuals and their choices, but rather also depended on the environment that they lived in and the people with whom they interacted on a daily basis. The factor that made the town of Roseto “extraordinary” was its characteristic sense of community.

The key ideas of "Outliers"

“Outliers” are things or people that are out of the ordinary: discovering how these anomalies arise can help in understanding the logic behind who succeeds and who doesn’t

Talent and hard work are not enough to be successful: there is a third, unexpected, component

Being in the right place, at the right time, can be a key to success

To excel in a field, it requires approximately 10,000 hours of practice

IQ only counts up to a certain point: past this point, it is no longer a determining factor

Practical intelligence is the ability to interact with others in the most appropriate way, and is normally learnt from your family

Why are Asians so gifted in maths? Thanks to their language and rice farming