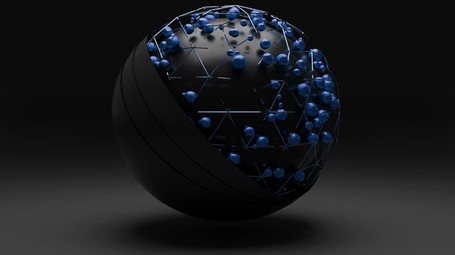 Edward Snowden is an American computer scientist and activist. For many years, he worked as a technologist for the CIA and other IT companies in the security system sector. In 2013, he exposed the invasive surveillance system adopted by the US government, with the aim of revealing the systematic violation of privacy and personal freedoms that he had witnessed in first person. That same year he had to flee America, for good, to avoid arrest for high treason. He moved to Hong Kong, from where he shared the information he had gathered with a few select journalists. He currently lives in Russia on a permanent residence permit with his wife, Lindsay Mills, and their son.

The advent of the internet was a revolution, and created, at least in the beginning, a great place for sharing and freedom

Edward Snowden was born in 1983 in Elizabethtown, North Carolina. Influenced by his father, who was a programmer and electronics teacher, Edward showed an interest in technology from a young age. He preferred his Nintendo console, and games such as Super Mario Bros. and The Legend of Zelda, to playing sports or riding his bike with friends. When his family bought their first computer, a Compaq Presario 425, Edward was thrilled. The internet was in its early days, and he couldn’t contain his excitement when faced with the magic that was happening in front of his very eyes. The advent of the internet really did have an air of revolution for those who experienced it first hand.

The younger generations take it for granted nowadays that they can easily go online at any time of the day, but in the beginning we could only surf the web from home, by plugging the modem into the telephone socket. Yet, when that connection was made, something incredible seemed to happen. Snowden says that the internet of the early days was a place where people could share openly and freely, and its main objective was to inform, rather than make money. It was a service created by people, for people. He remembers how, when he was very young, he would be able to exchange information and suggestions on any subject with people from all over the world, and he often used forums to ask for advice and explanations on electronics, or about purchases he had made. The feedback he received came from knowledgeable professionals, who were happy to help him learn and hone his skills, with a generous and free spirit.

The result was that Snowden learnt more online than he did in school. It was thanks to the internet that he managed to find subjects and topics that really interested him and sparked his curiosity, and encouraged him to continue studying. It is important to remember that, unlike school, in this new and innovative world, there were no rules and schedules imposed by adults, nor were there test scores or punishments. People had the opportunity to learn in an unrestrained and free way, following their own instincts and natural tendencies, and this was something that Edward Snowden did with great enthusiasm.

The key ideas of "Permanet Record"

The advent of the internet was a revolution, and created, at least in the beginning, a great place for sharing and freedom

The 9/11 terrorist attacks occurred at the same time as the development of digital technology, which, had it been used wisely, could have helped spread positive and peaceful values

People who work in intelligence agencies must put the mission before anything else, even their own rights

The government agency NSA, which together with the CIA and the FBI is in charge of national security, has been guilty of surveillance malpractice for years

The aim of intelligence is not to listen to the contents of our conversations or chats, but to collect data on our activities through those same exchanges

A whistle-blower is someone who, after working within a certain institution, discloses information, which is useful to society as a whole

Thanks to Snowden’s revelations, the whole world realised the US intelligence could permanently record and archive anyone’s data