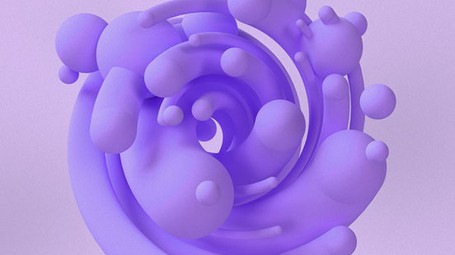 David Ramon Hawkins was a psychiatrist and member of the American Psychiatric Association, as well as being the founding director of The Institute for Advanced Theoretical Research in Arizona. Over the course of his long career, he participated in numerous TV programmes, and throughout his professional career as a therapist, was always an avid author of scientific publications. He developed an interest in spirituality and consciousness, which he wrote about in his book Transcending the Levels of Consciousness: The Stairway to Enlightenment. His research and teachings have also been detailed in Who's Who in America.

No one is alone in the universe, because human consciousness is composed of billions of individual minds. Everyone tends to perceive their existence as unique and singular, but there is actually no meaningful distinction between individual consciousnesses. Every person is part of a vast ocean of universal knowledge and truth, and the key to accessing it lies in breaking down ego-driven internal barriers.

As humans, we firmly believe that we have control over the forces that determine our existence, but we are actually governed by a power that derives from unknown sources, and over which we have no control. This power is invisible and often overlooked, because it is not expressed through effort. We perceive force through our senses, while we can only perceive power through inner awareness.

In the late 1970s, Dr John Diamond and H.O. Kendall developed a new discipline called ‘Behavioural Kinesiology’. According to this theory, the muscles in the human body react to stimuli in a stronger or weaker way, depending on whether the subject is presented with positive or negative stimuli. Diamond and Kendall's studies showed that there is no need for physical stimuli, because emotional and mental states also trigger a response in terms of strength or weakness.

The author used these kinesiology studies as a springboard, in order to demonstrate that the intrinsic truth of a statement can be ascertained through a kinesiology test, which measures a subject’s muscle strength or weakness. While holding one arm parallel to the ground, the subject is asked a question requiring a yes or no answer. If the statement is false, the subject's arm will become weak, and the examiner will be able to push the arm down easily. If the statement is true, the subject's arm will become strong, and resist the examiner's attempt to push it down.

The test is designed to prove the existence of a universal truth database, and that all events and thoughts are part of a wider fabric of consciousness, which anyone can access at any time. For example, recordings of politicians making speeches that later turned out to contain lies can also be played to a subject who is unfamiliar with politics. Regardless of the subject’s nationality, social or economic status, or other differentiating factors, their arm weakens when asked to verify the truth of the dishonest speech.

The key ideas of "Power vs. Force"

Kinesiological scanning is a method of investigation, which can be applied to both industrial and scientific fields

Levels of consciousness can be calibrated on a logarithmic scale ranging from 1 to 1,000

The creation of a psychological morphogenetic field, or M-field, gives rise to new possibilities for human achievement